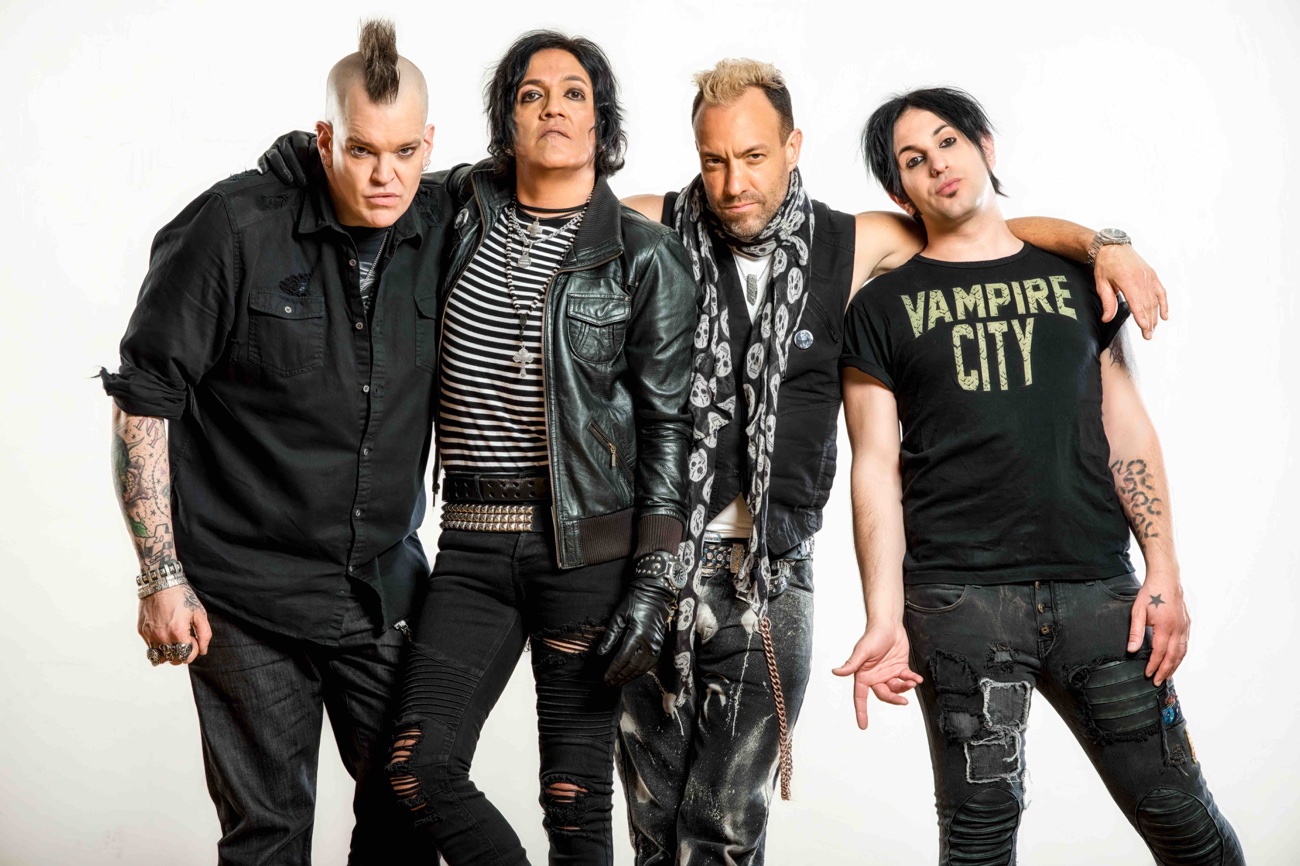 The new album by BulletBoys, ‘From Out Of The Skies’, is set for release on 23rd March via Frontiers,

preceded by a ten date UK tour (see full itinerary below). The first single from the record, ‘D-Evil’, is

vocalist, guitarist and founding member Marq Torien says of the song: “Jesse and I had an instant bond

when we met and he did an outstanding job on the song, with his vocals a welcome contribution.“

‘D-Evil’ was the no. 1 song on the UK’s Hard Rock Hell Radio station in early February.

The album was recorded at the Foo Fighters’ Studio 606. “Writing and recording ‘From Out Of The Skies’

magical,” continues Torien. “Dave Grohl‘s music got me through a very difficult time, so from day one

I knew that we were in the right home to record. I was privileged enough to use one of Dave’s acoustic

guitars to record with, along with a hand picked drum set by Taylor Hawkins. I appreciate the opportunity 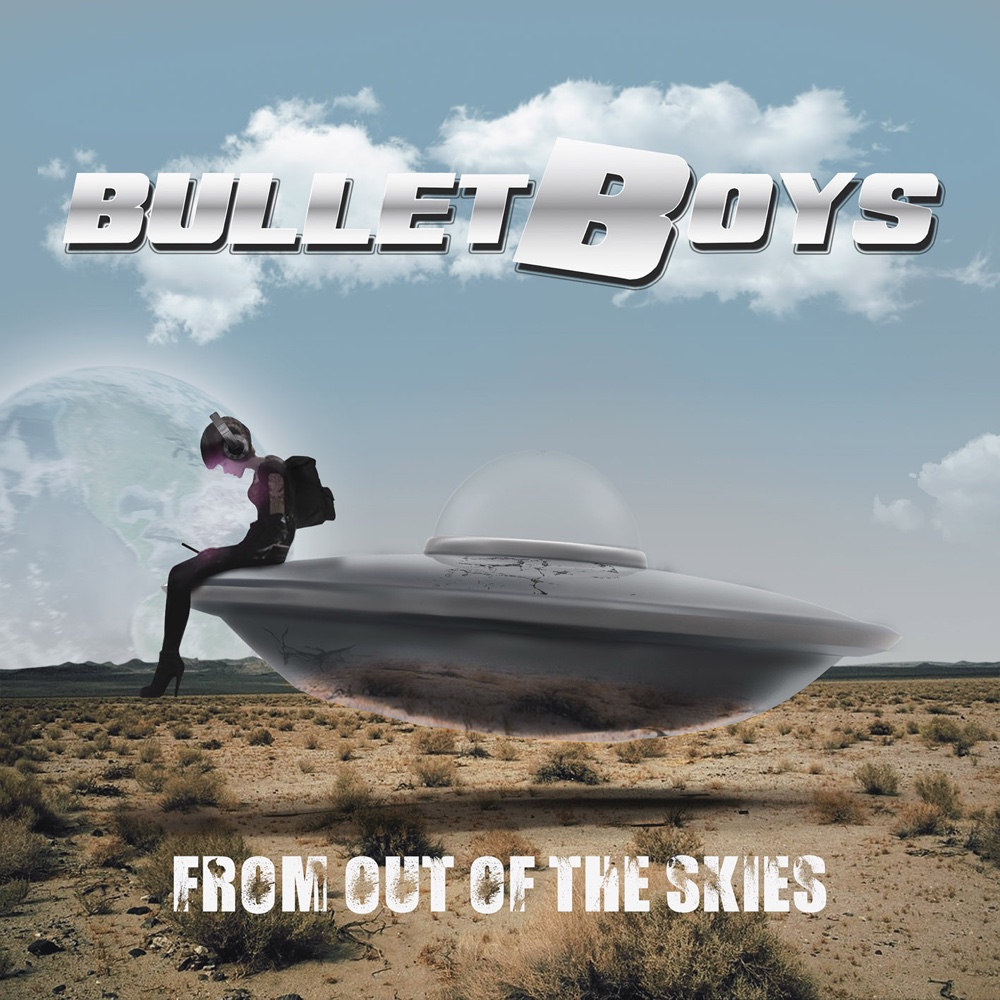 Main support on the tour comes from Enuff Z’nuff. 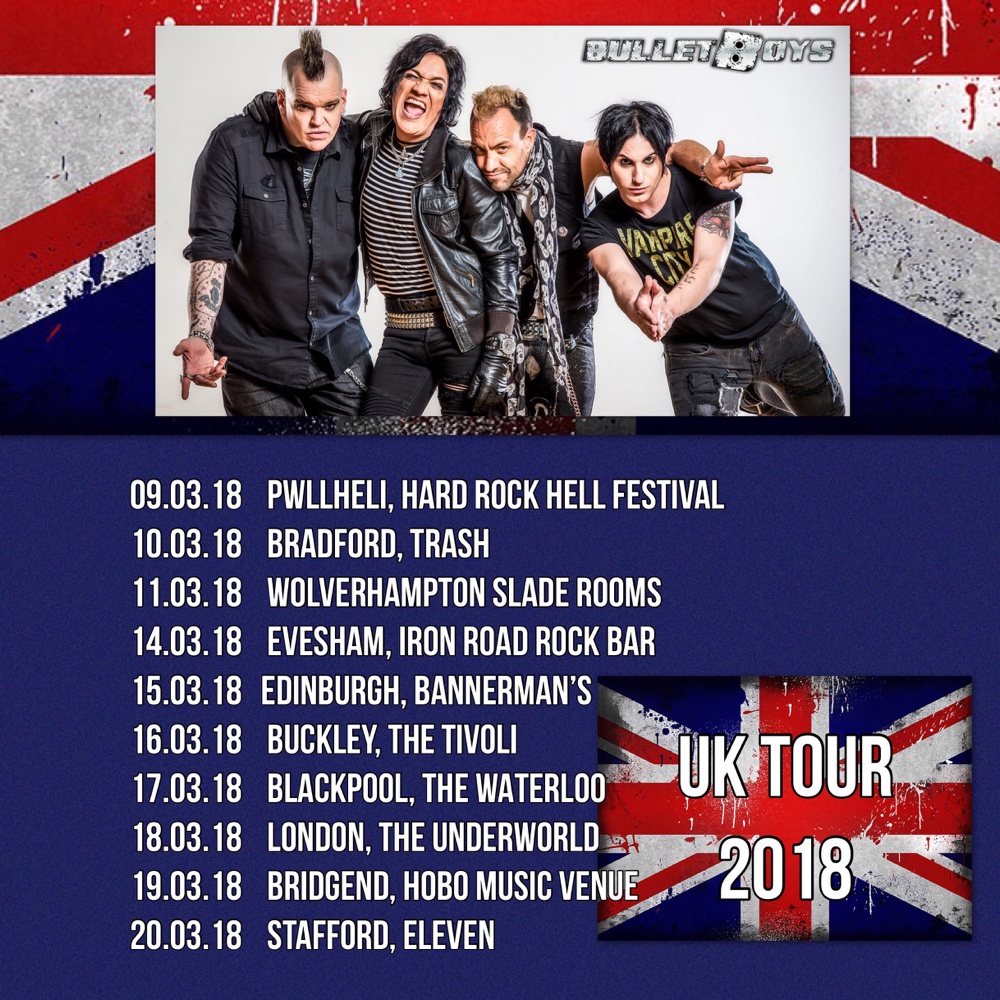 BulletBoys began as a collection of talented musicians from high profile bands like King Kobra and Ratt.

most other bands would have killed for, they swiftly captured the attention of music fans around the world,

while frontman Marq Torien emerged as one of the most underrated vocalists of the era.

Unlike many other glam rockers of the day, BulletBoys fused hard rock and blues rather than being purely

hair metal based. Having been compared to the likes of Aerosmith, AC/DC and especially Van Halen,

record labels flocked to them and the band soon gained their first major label contract. Over the course

self titled debut and its follow-up ‘Freakshow’, Torien has kept his band relevant and they remain in heavy

rotation on rock and metal radio and TV channels worldwide. 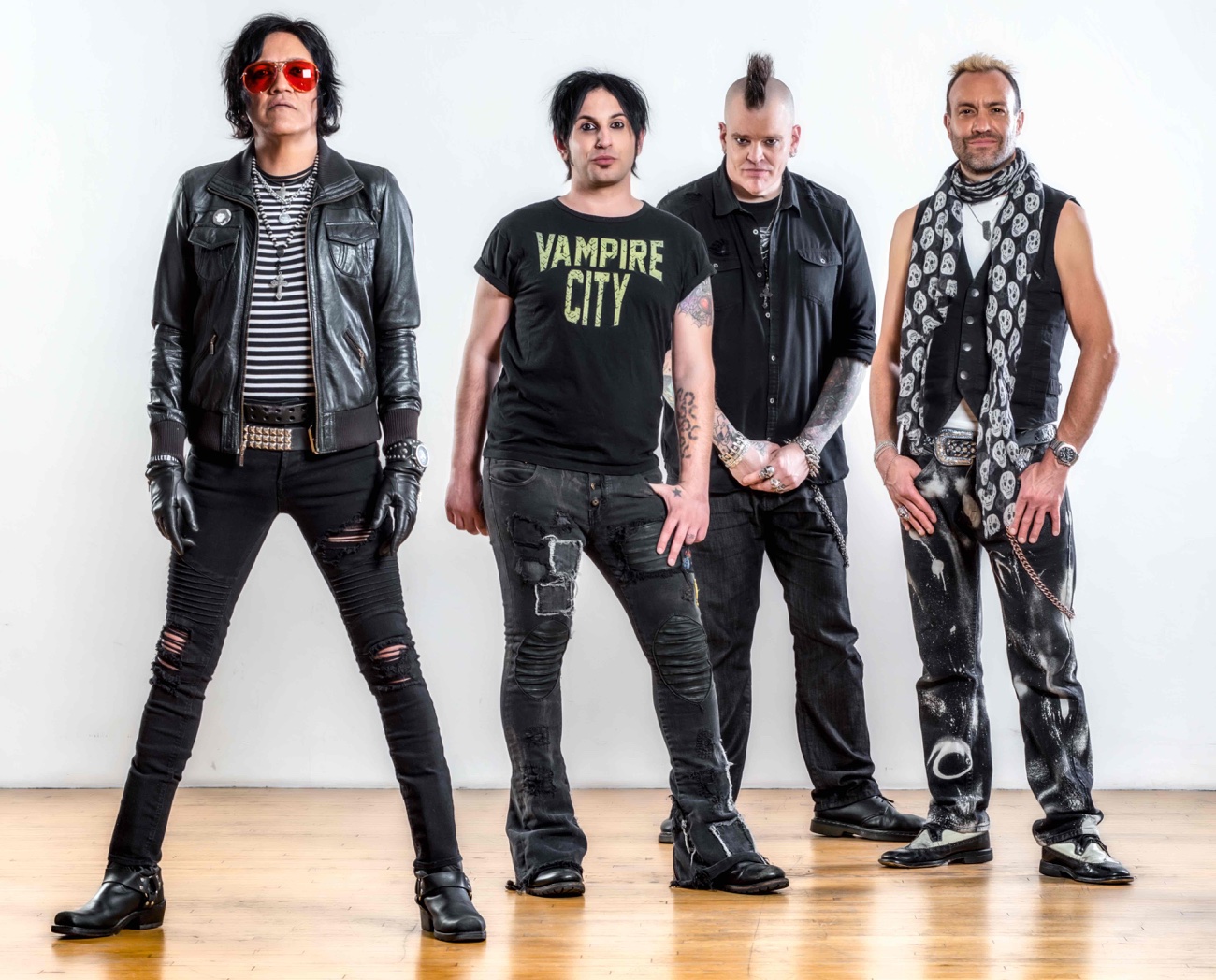 I first went to a gig in 1981, Gillan at Leeds University. I've been a regular gig goer ever since. I haven't kept count of how many gigs I've been to over the intervening years, but it's a lot! My favourite bands are AC/DC then, in no particular order, Anti-Nowhere League, Slaughter and the Dogs, Towers of London and Dirt Box Disco. I tend to like Glam/Punk and rude offensive lyrics, not sure what that says about me but as Animal would say 'So What!' The question was recently put to me - did I write for any online publications? My reply - No, but I'd like to! Planetmosh was suggested and I found myself offering to review Aces High Festival. Easy peasy I thought! Well not quite, if a jobs worth doing it's worth doing well! I had sixteen bands to research. I found I actually enjoyed that and it kept me too busy to be making lunatic comments on Facebook! ;) Then I felt a bit inadequately qualified. I mean, who am I to comment on others, when my musical expertise extends to being able to play a mean Greensleeves on the recorder and a passable Annie's song on the flute! Haven't picked up either instrument for years! What I do have, however, is over 30 years of experience as a gig goer, so I can comment on what I like and what I don't! It's only my opinion and, if I don't like a band it doesn't mean they are bad, just not to my own liking. I admire anyone who has the guts to get up on that stage and have a go!
@2296928222
Previous Last Great Dreamers to Release New Album ’13th Floor Renegades’ in April 2018
Next Hardcore Superstar Announce New Single ‘Bring The House Down’