CITY OF THIEVES : Debut Single ‘Buzzed Up City’ – OUT NOW

The buzz has been spreading about City Of Thieves ever since they made their initial debut in 2015. No frills, no messin’, no gimmicks – just heavy rock in its purest form that will send you straight to the front of the stage with no nonsense sledgehammer riffs, hooks and melodies.

Working with acclaimed artist/producer Toby Jepson (Little Angels, The Answer, The Virginmarys), City Of Thieves frontman and bassist Jamie Lailey knew from the outset that his band wanted to take rock by the scruff of its neck and give it a good shake. “We knew what we wanted to do, we’d been devouring the songwriting and if we were inclined, we could have released a ton of material out of the gate. Toby took what we had and refined it. I’m glad we sat back and digested things with him, as it was a major turning point for the band.” With Jepson at the helm, Mike Fraser on mixing duties and mastering by Simon Francis (Kodaline, Kaiser Chiefs, Primal Scream), the group’s long anticipated debut album, entitled ‘Beast Reality’, was in the best of hands.

So what about the songs? “The new material has bags of groove, different speeds and attitude. We mix it up but keep it genuine and make sure everything flows. Why play something that’s monotonous? I’m not saying we’re reinventing the wheel, but if you think your own music is boring, then why inflict that on your audience?” says drummer Will Richards. “We can’t wait to unleash the other tunes and get on the road to play live,” chips in Lailey. 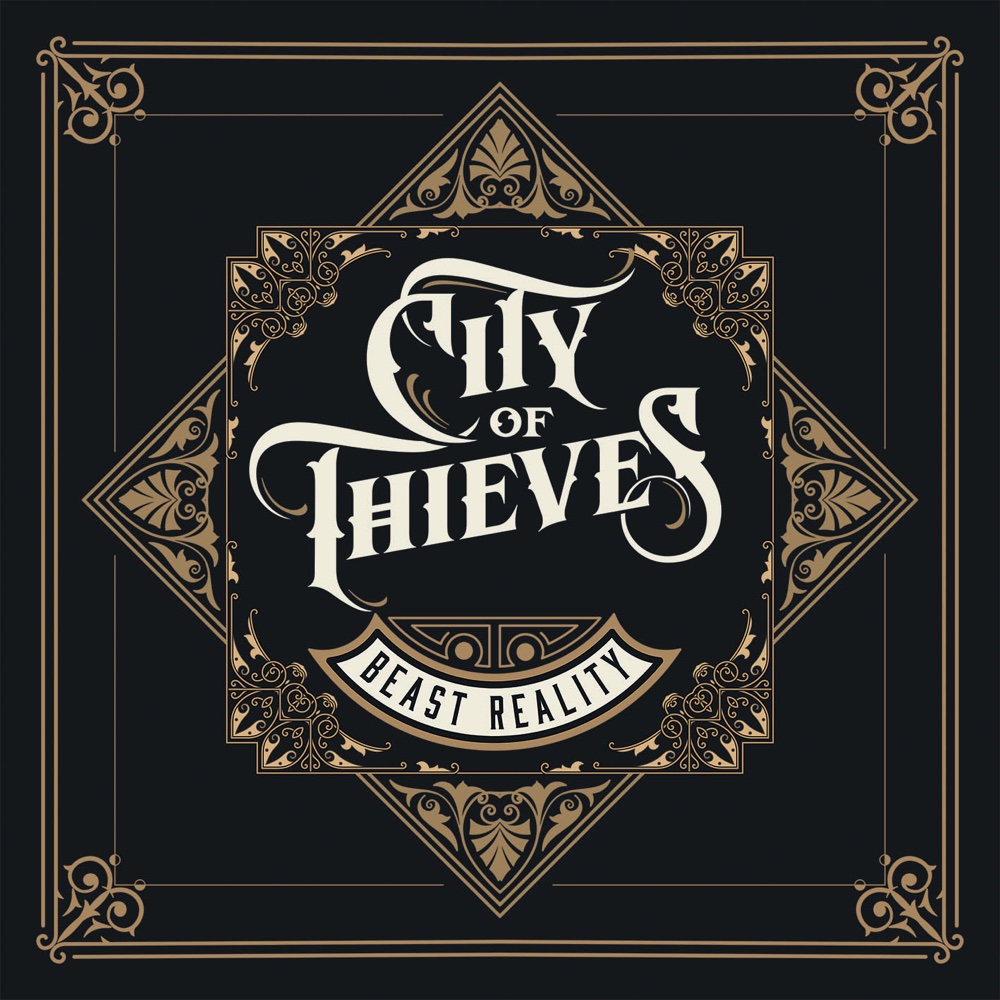 With Planet Rock Radio playlist support for a now deleted EP release already behind them, plus festival appearances at the likes of Ramblin’ Man Fair, Bloodstock, Camden Rocks, Hard Rock Hell  and Planet Rockstock under their belts, City Of Thieves are now ready to get cracking with the promotion of their debut single proper as they begin the build-up to the release of ‘Beast Reality’.

These guys aren’t just here to steal your soul for the love of rock n’ roll, they’re here to DEVOUR it.

Tune in, turn it up….we’ll see you down the front. 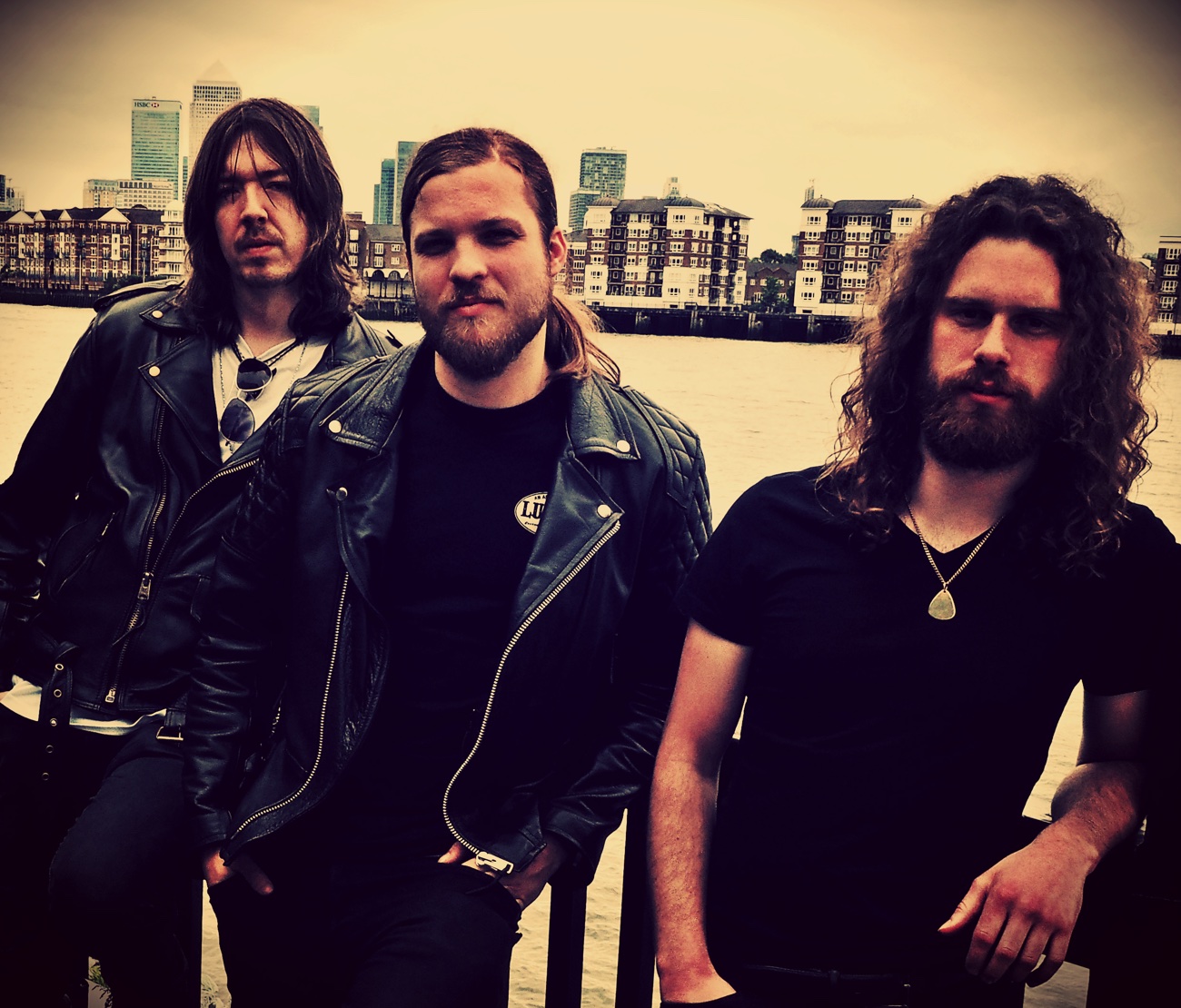 Connect with City Of Thieves:

I first went to a gig in 1981, Gillan at Leeds University. I've been a regular gig goer ever since. I haven't kept count of how many gigs I've been to over the intervening years, but it's a lot! My favourite bands are AC/DC then, in no particular order, Anti-Nowhere League, Slaughter and the Dogs, Towers of London and Dirt Box Disco. I tend to like Glam/Punk and rude offensive lyrics, not sure what that says about me but as Animal would say 'So What!' The question was recently put to me - did I write for any online publications? My reply - No, but I'd like to! Planetmosh was suggested and I found myself offering to review Aces High Festival. Easy peasy I thought! Well not quite, if a jobs worth doing it's worth doing well! I had sixteen bands to research. I found I actually enjoyed that and it kept me too busy to be making lunatic comments on Facebook! ;) Then I felt a bit inadequately qualified. I mean, who am I to comment on others, when my musical expertise extends to being able to play a mean Greensleeves on the recorder and a passable Annie's song on the flute! Haven't picked up either instrument for years! What I do have, however, is over 30 years of experience as a gig goer, so I can comment on what I like and what I don't! It's only my opinion and, if I don't like a band it doesn't mean they are bad, just not to my own liking. I admire anyone who has the guts to get up on that stage and have a go!
@2296928222
Previous Godstone – Monument Of One
Next BULLETS AND OCTANE Release ‘Waking Up Dead’ Single