Sweden’s own sleaze metal pioneers, Crashdïet, are back with a new album, which is set for release on 13th September via Diet Records (Scandinavia) and Frontiers Music srl (World, ex-Scandinavia).

‘Rust’ is Crashdïet’s first studio album in six years and follows their 2013 effort, ‘The Savage Playground’. It is also the first to feature the band’s newest member, vocalist Gabriel Keyes, who joined in 2017. The album was produced by founder member/guitarist Martin Sweet (apart from two tracks produced by Eric Bazilian and Chris Laney) and mixed by Chris Laney, who previously worked with the group on their critically acclaimed 2005 debut, ‘Rest In Sleaze’.

The video for new single ‘Idiots’ is a tribute to the best movies ever made (in the band’s own cinematic opinion), as it turns back time a few decades to revisit the good old days. It was shot by Jimmy Johansson (Super Lino Puro), who has also recently produced videos for the songs ‘We Are The Legion’ and ‘Reptile’. 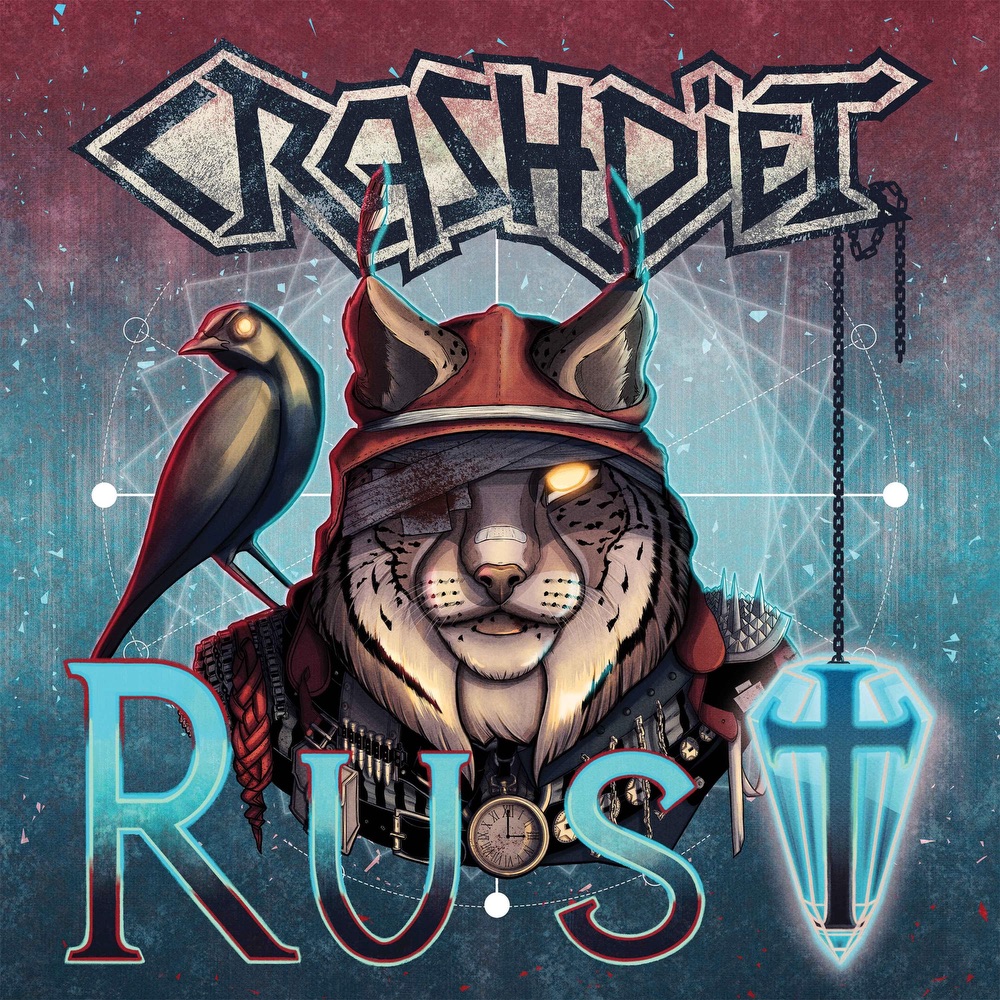 I first went to a gig in 1981, Gillan at Leeds University. I've been a regular gig goer ever since. I haven't kept count of how many gigs I've been to over the intervening years, but it's a lot! My favourite bands are AC/DC then, in no particular order, Anti-Nowhere League, Slaughter and the Dogs, Towers of London and Dirt Box Disco. I tend to like Glam/Punk and rude offensive lyrics, not sure what that says about me but as Animal would say 'So What!' The question was recently put to me - did I write for any online publications? My reply - No, but I'd like to! Planetmosh was suggested and I found myself offering to review Aces High Festival. Easy peasy I thought! Well not quite, if a jobs worth doing it's worth doing well! I had sixteen bands to research. I found I actually enjoyed that and it kept me too busy to be making lunatic comments on Facebook! ;) Then I felt a bit inadequately qualified. I mean, who am I to comment on others, when my musical expertise extends to being able to play a mean Greensleeves on the recorder and a passable Annie's song on the flute! Haven't picked up either instrument for years! What I do have, however, is over 30 years of experience as a gig goer, so I can comment on what I like and what I don't! It's only my opinion and, if I don't like a band it doesn't mean they are bad, just not to my own liking. I admire anyone who has the guts to get up on that stage and have a go!
@2296928222
Previous Shinedown release ‘Get Up’ acoustic EP with brand new video
Next Rivers of Nihil announce headlining dates around Summer Slaughter 2019