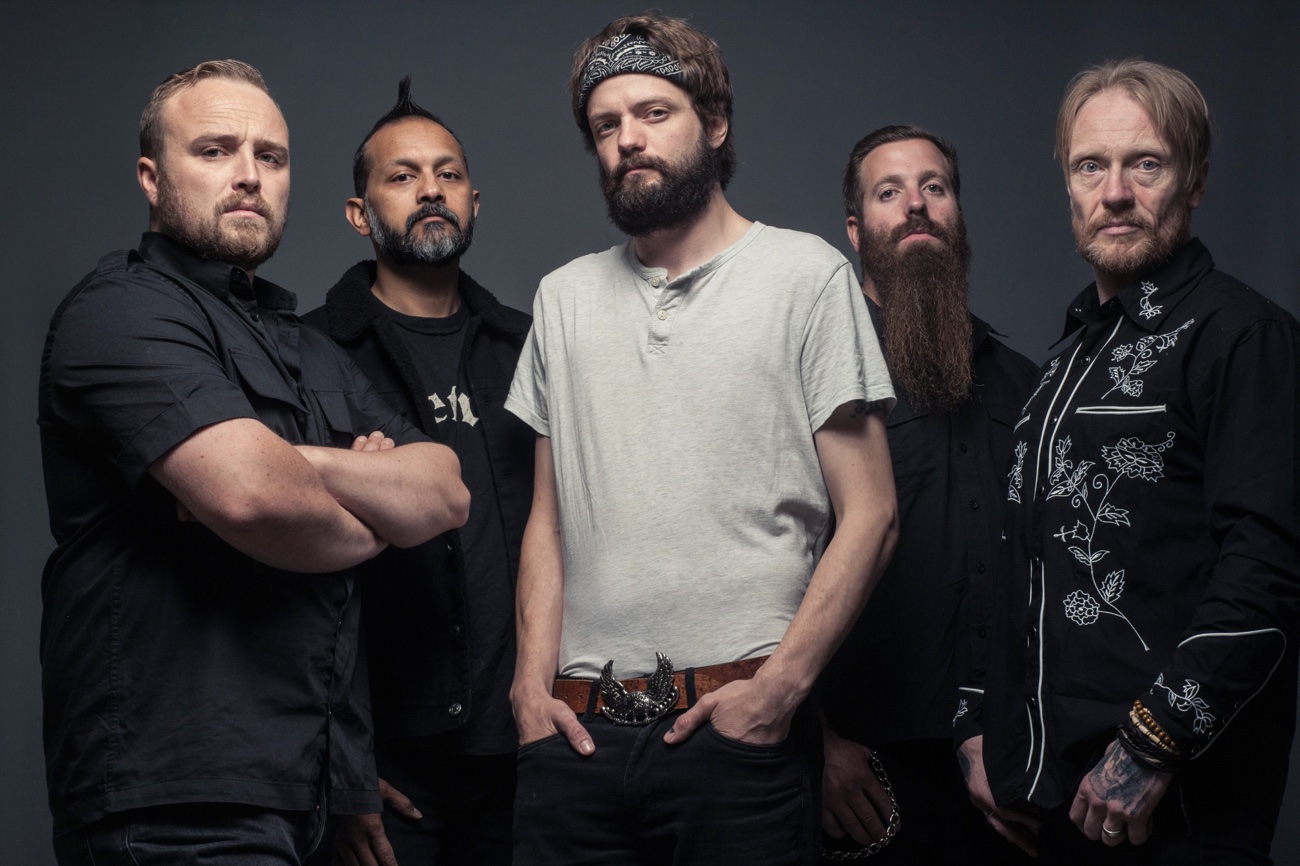 New album song ‘Spirit That Made Me’

Also available for pre-order via PledgeMusic

and redemption, the group is set to show off its distinctive sound to the legions of hard rock faithful

around the globe via a new album, ‘Hard Times’, which is set for worldwide release via Frontiers in 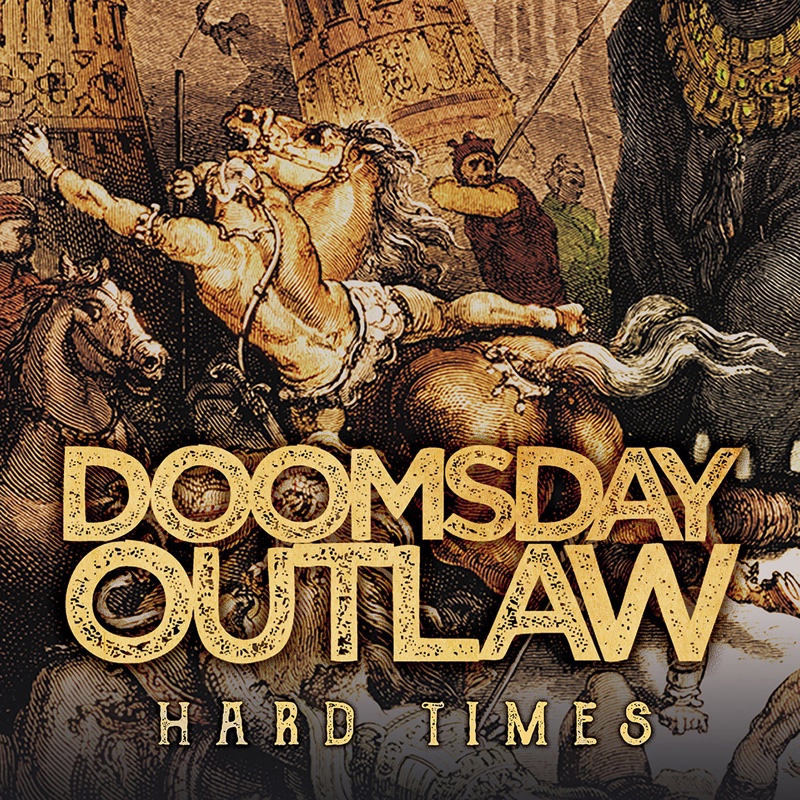 Doomsday Outlaw vocalist Phil Poole says : “Not wanting to sound clichéd, but we’re so excited to be

sharing our new album with the world. We’ve given everything to create something we are really proud of

and having the opportunity to share it is really what’s it’s all about. Whether you buy the record, just listen

to it, or come and see us live, getting feedback from fans is amazing and is a feeling that never gets old.

This is a big year for us and we can’t wait to get cracking. Look out for some big announcements

coming your way and we’ll see you on the road! Much love.”

Drummer John Willis adds : “Phil is our ace in the hole. Everything else was in place with the songwriting

and performance, but Phil has helped take the band to the next level.” Poole joined the already well-oiled

June 2015, after which the band really gelled as a cohesive unit. Wasting no time in crafting a killer new

set, they subsequently hit the road and have shared stages with the likes of Stone Broken, Warrior Soul,

magazines such as Powerplay (“I doubt you will hear a better album this year. 10 out of 10”) and

Fireworks (“Now THIS is a find!”), an ‘Album of the Week’ accolade from website Worship Metal

out there“) and many more rave reviews. Mounting critical acclaim plus a burgeoning reputation as a

killer live act brought the band to the attention of Frontiers Music srl, a company that is already home to

rising UK stars such as Inglorious, Wayward Sons and Bigfoot, in addition to hard rock legends like

wasted no time in signing the band.

With their new album and a ton of live gigs locked in, including a string of summer festival appearances,

Dates already in the diary are : 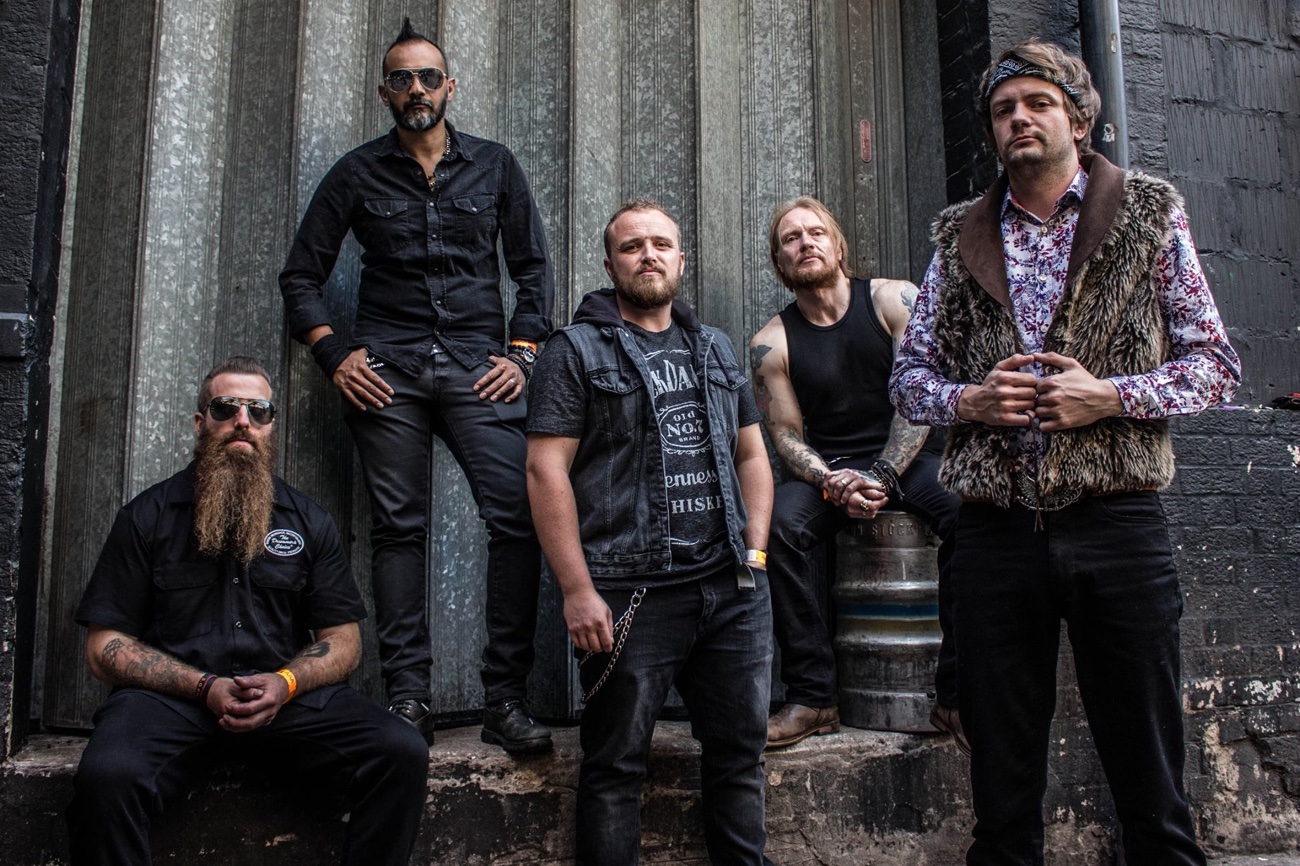 I first went to a gig in 1981, Gillan at Leeds University. I've been a regular gig goer ever since. I haven't kept count of how many gigs I've been to over the intervening years, but it's a lot! My favourite bands are AC/DC then, in no particular order, Anti-Nowhere League, Slaughter and the Dogs, Towers of London and Dirt Box Disco. I tend to like Glam/Punk and rude offensive lyrics, not sure what that says about me but as Animal would say 'So What!' The question was recently put to me - did I write for any online publications? My reply - No, but I'd like to! Planetmosh was suggested and I found myself offering to review Aces High Festival. Easy peasy I thought! Well not quite, if a jobs worth doing it's worth doing well! I had sixteen bands to research. I found I actually enjoyed that and it kept me too busy to be making lunatic comments on Facebook! ;) Then I felt a bit inadequately qualified. I mean, who am I to comment on others, when my musical expertise extends to being able to play a mean Greensleeves on the recorder and a passable Annie's song on the flute! Haven't picked up either instrument for years! What I do have, however, is over 30 years of experience as a gig goer, so I can comment on what I like and what I don't! It's only my opinion and, if I don't like a band it doesn't mean they are bad, just not to my own liking. I admire anyone who has the guts to get up on that stage and have a go!
@2296928222
Previous Man With a Mission Release New Single ‘Freak It!
Next Cancer On The Rocks – Nantwich Civic Hall, January 20th 2018