ECLIPSE : Live from the Quarantine 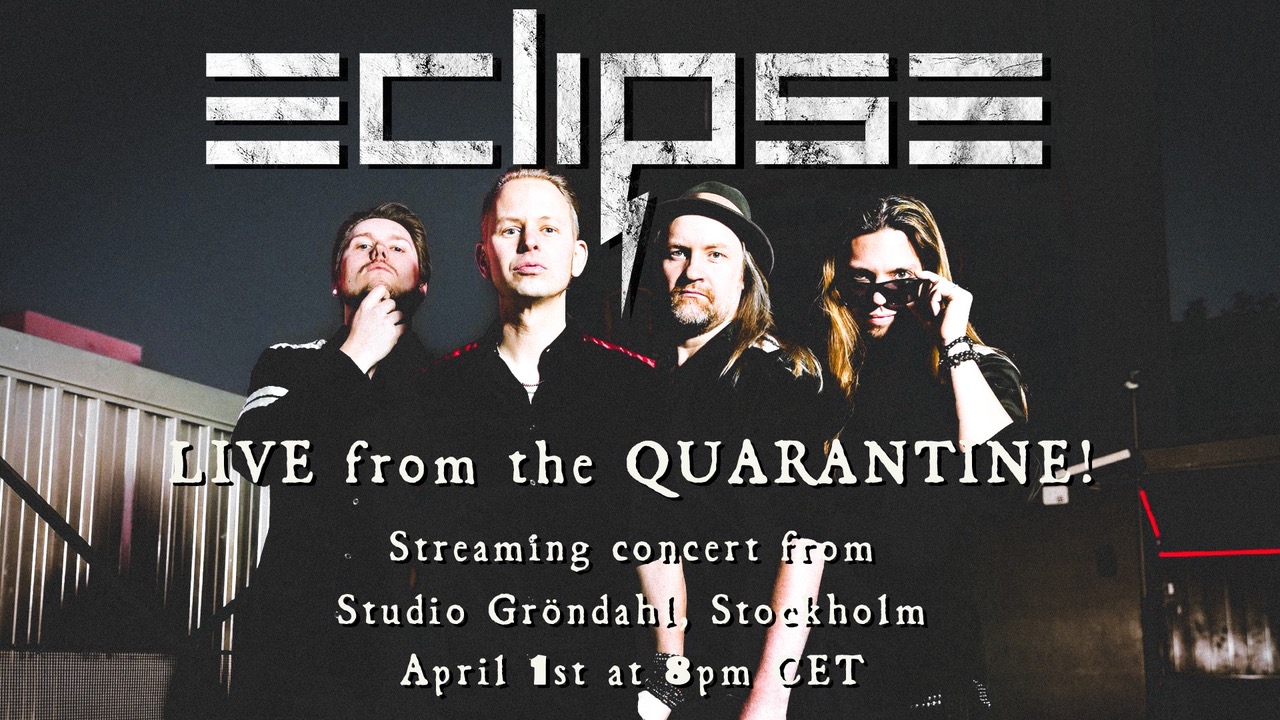 tickets
play.staylive.se/blackbox/l/26509
Having been forced to postpone live dates all over the world due to the current COVID-19
pandemic, Swedish hard rock act Eclipse are performing an online concert that will be streamed
live from Stockholm tomorrow (1st April) at 7pm UK time.
“In the last few weeks we have had to cancel shows in Japan, Australia, Spain, the UK and a
bunch of other places,” states lead singer Erik Martensson, “so we started talking about what
options we had. We could, of course, set up a phone in our rehearsal space and stream a gig from
there, but to be honest so could anyone else. We wanted to do something really special, so have
joined forces with a team of professional broadcast producers to be able to deliver a unique live
experience complete with multiple HD cameras and grade A sound, produced on the fly!”
Guitarist Magnus Henriksson adds: “I am really excited! Playing a show in front of cameras only
will be a completely new experience for us. I guess the only thing we know for certain is that
there will be no crowdsurfing! We are taking the opportunity to perform a few songs we rarely
play, but more importantly we will also play our brand new single that is yet to be released!”
Concludes Martensson: “We have tried to keep ticket prices as low as possible. For 8 Euros we
feel we can deliver awesome value to fans and at the same time make sure the production team
gets compensated fairly. Musicians are not the only line of professionals getting hit big time by
this freaking virus.”
The current studio album by Eclipse, ‘Paradigm’, was released in October 2019.
ECLIPSE
Erik Mårtensson – vocals, guitar, bass
Magnus Henriksson – guitar
Philip Crusner – drums
Victor Crusner – bass
eclipsemania.com
facebook.com/EclipseSweden
instagram.com/eclipse_sweden