Frontiers Music Srl is pleased to present the second album by Fans Of The Dark, with ‘Suburbia’ announced for release on 16th September. The Swedish quartet issued a well-received self-titled debut album in late 2021 which saw them seamlessly meld melodic rock with their ’80s hard rock and metal influences, while ‘Suburbia’ seeing them refine that formula with stunning results.

A first single and video from the new record entitled ‘Night Of The Living Dead’ is available now.

Fans Of The Dark will be playing songs from both their albums on 8th October at Slaktkyrkan in Stockholm as part of Frontiers Rock Sweden, an event that will also see sets from labelmates Treat, Art Nation, Perfect Plan, Seventh Crystal and Wildness. Tickets for the event can be purchased HERE

‘Suburbia’ can very much be seen as a sequel to the band’s debut, given that it follows a similar musical and lyrical path, while the theme of its cover artwork is also maintained. Drummer Freddie Allen, who founded the band in 2020 and is also the main songwriter, had an initial vision for his group to do what all the great hard rock and metal bands of the ’70s and ’80s did, which was to work constantly on their craft and release new music regularly. “It is pretty much a sibling to the first album, with similar themes and ideas, only this time going deeper into the world where most of us grew up, and where we first got in touch with hard rock music, horror films on VHS, ’80s teen culture and everything else that shaped us – the suburbs,” he states.

For ‘Suburbia’, Allen and vocalist Alex Falk are once again joined by guitarist Oscar Bromvall plus new bassist Rickard Gramfors. The album contains eight songs (another reference back to the glory days?) including two eight-minute epics in ‘The Pirates Of Maine’ and ‘Restless Soul’. Fans of their debut will be enthralled with this second offering, while melodic hard rock fans looking for genre innovation will be wise to check out what is a truly striking breath of fresh air in their scene.

‘Suburbia’ is produced and mixed by the multi-talented musician and producer Lars Fredrik Swahn (Dungen, The Amazing) and co-produced by Allen.

FANS OF THE DARK SUBURBIA

includes the single
NIGHT OF THE LIVING DEAD 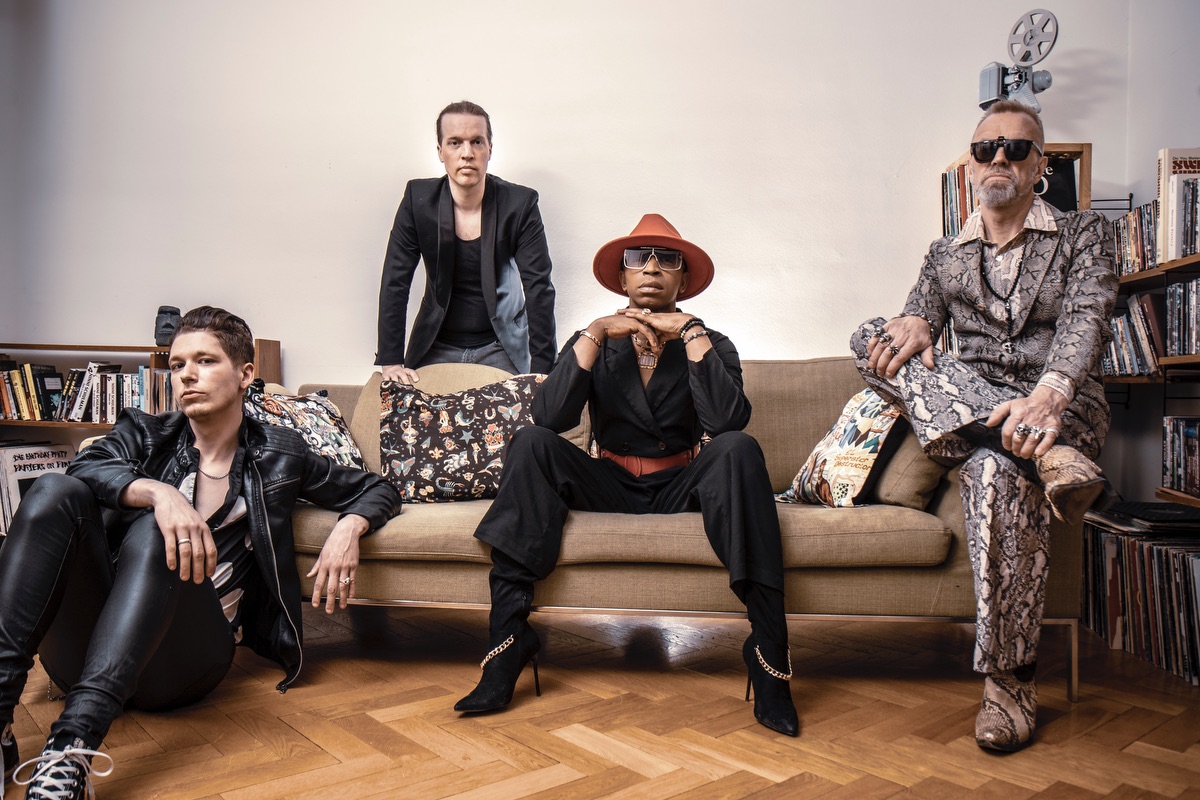