GIOELI-CASTRONOVO SET THE WORLD ON FIRE’ debut album out 13.07.18 via Frontiers

Johnny Gioeli and Deen Castronovo first played together on the debut album by Hardline, ‘Double Eclipse’, which was released in 1992. A quarter of a century later, the two were reunited in Italy to commence work on the debut Gioeli-Castronovo album, ‘Set The World On Fire’.

“It was so great to work with Johnny again. I’ve always loved his voice and it was a pleasure to be a part of this collaboration! It was like we’d never left each other,” says Castronovo.

“It was like the first day he tried to hold my hand and kiss me in 1992. HaHa! KIDDING! Seriously, I never left Deen. Deen never left me, so reuniting was easy. Counting our blessings were plentiful. Singing together was magical,” Gioeli replies.

Both men have continued on their musical paths since they last saw one another, with Gioeli still leading Hardline while Castronovo spent time with Ozzy Osbourne and had an extended tour of duty with the legendary Journey. He is currently active with The Dead Daisies and Revolution Saints.

Gioeli’s vocal talents combined with Castronovo’s superb drumming abilities (he is also a fine vocalist in his own right) has made for a stunning album that is a driving hard rock record, as well as being chock full of uplifting melodies and poignant lyrical messages.

We would tell you to sit back and enjoy this album, but you’ll be on your feet the second it starts, so stand up and take notice of this display of two immense talents doing what they do best!

‘SET THE WORLD ON FIRE’ 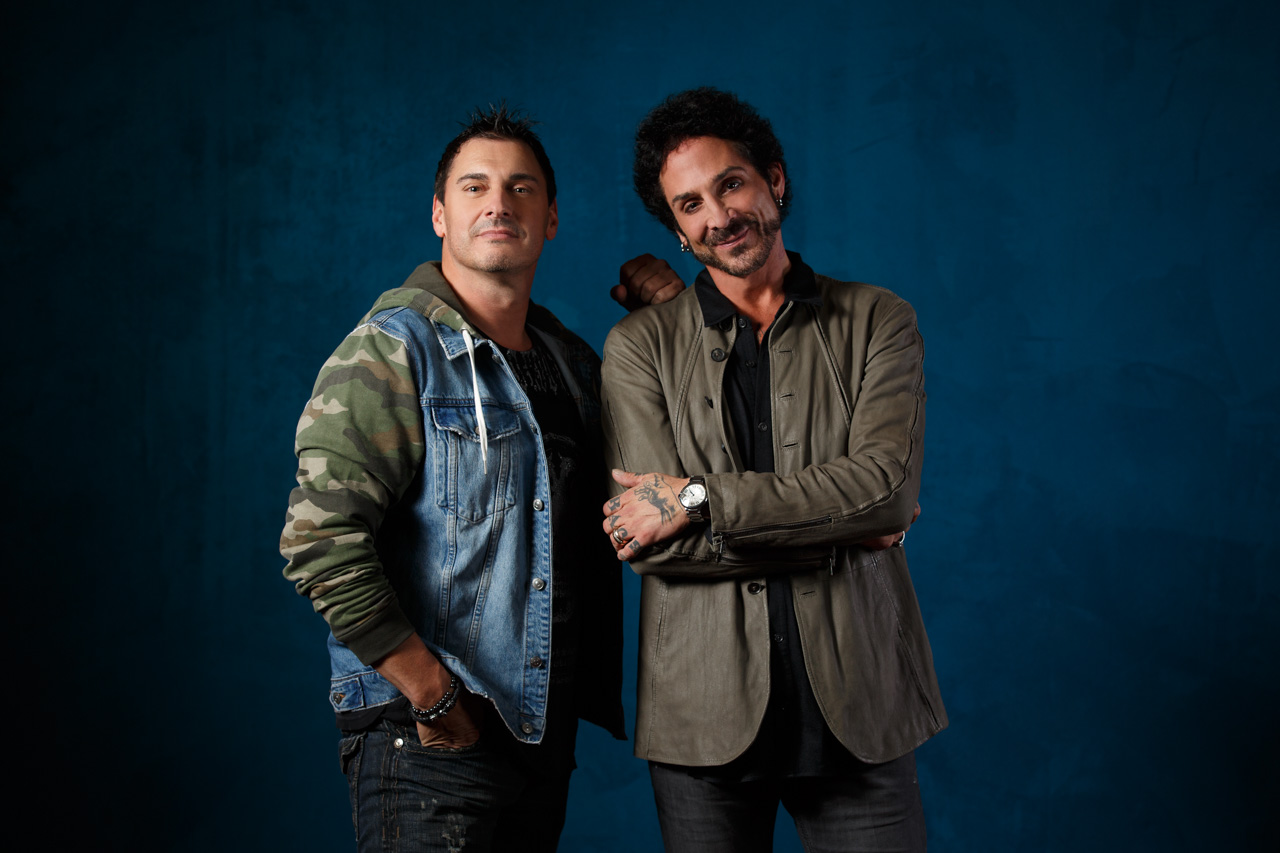 I first went to a gig in 1981, Gillan at Leeds University. I've been a regular gig goer ever since. I haven't kept count of how many gigs I've been to over the intervening years, but it's a lot! My favourite bands are AC/DC then, in no particular order, Anti-Nowhere League, Slaughter and the Dogs, Towers of London and Dirt Box Disco. I tend to like Glam/Punk and rude offensive lyrics, not sure what that says about me but as Animal would say 'So What!' The question was recently put to me - did I write for any online publications? My reply - No, but I'd like to! Planetmosh was suggested and I found myself offering to review Aces High Festival. Easy peasy I thought! Well not quite, if a jobs worth doing it's worth doing well! I had sixteen bands to research. I found I actually enjoyed that and it kept me too busy to be making lunatic comments on Facebook! ;) Then I felt a bit inadequately qualified. I mean, who am I to comment on others, when my musical expertise extends to being able to play a mean Greensleeves on the recorder and a passable Annie's song on the flute! Haven't picked up either instrument for years! What I do have, however, is over 30 years of experience as a gig goer, so I can comment on what I like and what I don't! It's only my opinion and, if I don't like a band it doesn't mean they are bad, just not to my own liking. I admire anyone who has the guts to get up on that stage and have a go!
@2296928222
Previous The Amorettes – Born To Break
Next Skunkworks – Scream for me Sarajevo DVD to be released on 29th June