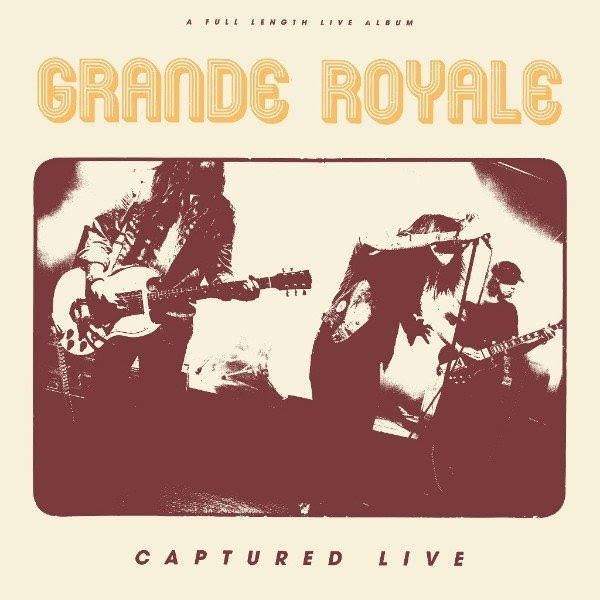 Grande Royale have released their single “I’m on the Loose”. It’s the first single taken from their upcoming album “Captured Live”, which as the title suggests, is a 11 track- live recording of one of the bands furious shows. The album will be released September 21 via the Sign Records.

The Single includes both a live version and a studio version of the song.

Captured Live contains eleven live recorded songs by Grande Royale. The album was recorded in Flensburg, Germany on the band’s tour for their outstanding third album ‘Breaking News‘. Grande Royale is one of the top names in a new wave of Swedish rock n roll.

Sing along friendly pop hooks, overload of melodies and powerful riffing. This time all with that energy filled live approach. The live album was mixed by Ola Ersfjord (Tribulation, Imperial State Electric & Honeymoon Disease). Captured Live makes sure to include live-versions that brings new life into their studio tracks. 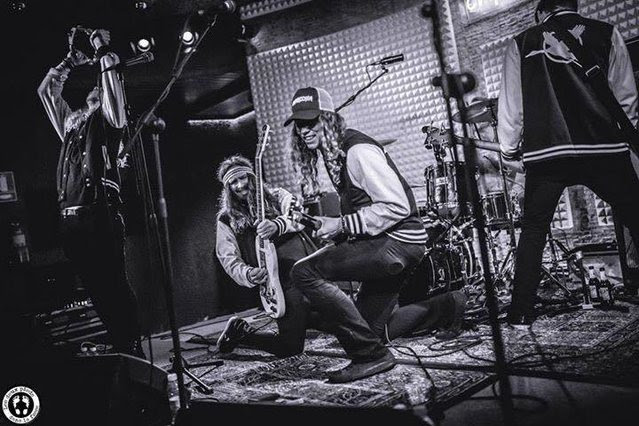 I first went to a gig in 1981, Gillan at Leeds University. I've been a regular gig goer ever since. I haven't kept count of how many gigs I've been to over the intervening years, but it's a lot! My favourite bands are AC/DC then, in no particular order, Anti-Nowhere League, Slaughter and the Dogs, Towers of London and Dirt Box Disco. I tend to like Glam/Punk and rude offensive lyrics, not sure what that says about me but as Animal would say 'So What!' The question was recently put to me - did I write for any online publications? My reply - No, but I'd like to! Planetmosh was suggested and I found myself offering to review Aces High Festival. Easy peasy I thought! Well not quite, if a jobs worth doing it's worth doing well! I had sixteen bands to research. I found I actually enjoyed that and it kept me too busy to be making lunatic comments on Facebook! ;) Then I felt a bit inadequately qualified. I mean, who am I to comment on others, when my musical expertise extends to being able to play a mean Greensleeves on the recorder and a passable Annie's song on the flute! Haven't picked up either instrument for years! What I do have, however, is over 30 years of experience as a gig goer, so I can comment on what I like and what I don't! It's only my opinion and, if I don't like a band it doesn't mean they are bad, just not to my own liking. I admire anyone who has the guts to get up on that stage and have a go!
@2296928222
Previous Killing Joke’s Big Paul Ferguson ‘Remote Viewing’ released 24th August, watch the trailer here for I Am War :
Next BIRDPEN – ‘Oh So Happy’ New Single & Video