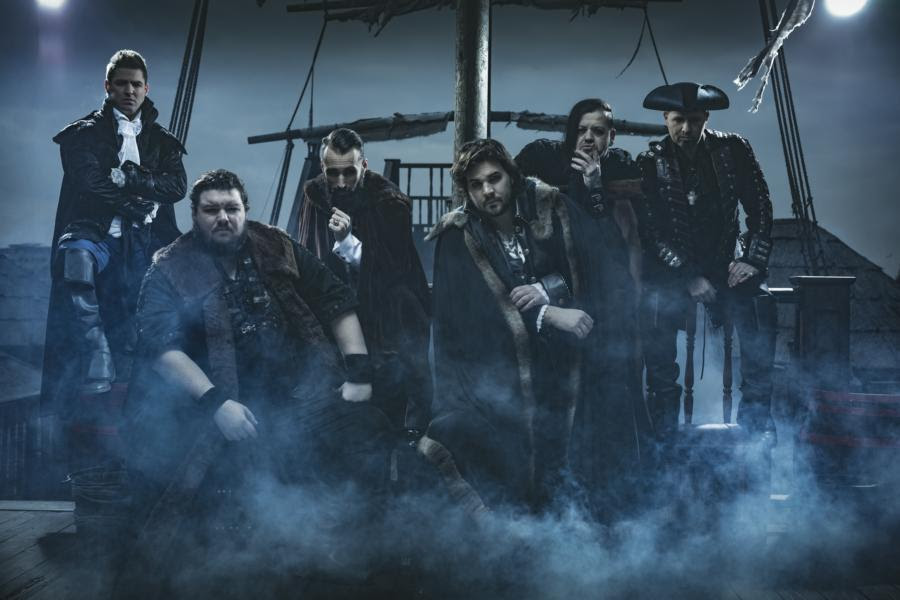 Ireland! Shamrocks, shenanigans, sheep and pubs are some of the many highlights the Emerald Isle has to offer – that’s what Hungarian punk rockers PADDY AND THE RATS rightfully realized and quickly whipped out their fiddles and plugged in their guitars. The Miskolc-based six piece brooded over a couple of cold beers and rum casks, and decided to throw a hefty dose of pirate-isms, polka and gypsy punk into their mix! Now PADDY AND THE RATS unveil first and hotly anticipated details about their fifth record titled ‘Riot City Outlaws‘, which is set to be released on April 6th 2018 with Napalm Records!

‘Riot City Outlaws‘ is a bold step into a bright future boosted by the raw and powerful production by Grammy winner Cameron Webb (Motörhead, Megadeth, Social Distortion, Pennywise). Both Cameron and singer Paddy O`Reilly opted for a cool pop-punk approach in the vein of Green Day – overflowing with catchy choruses and dynamic up-tempo songs. Pirate party anthems meet shanties about the darker side of life on the Seven Seas. Tipsy ballads and a healthy infusion of Irish influenced punk rock songs round off a grimy pirate party bringing unwashed pub glory straight to your merry home!

Vocalist Paddy comments: “I think this album is the best what we have written so far and I’m really happy that we have the chance now to show this to the people as part of Napalm. We have great festivals for the summer all across Europe and waiting for the big partys what we’ll have with the new songs! I’m really excited of this year!”

In support of their brand new album, PADDY AND THE RATS will be hitting the road in 2018. Make sure to catch the band’s energetic live shows on the following dates:

For More Info On PADDY AND THE RATS Visit:
www.paddyandtherats.hu
www.facebook.com/paddyrats

I first went to a gig in 1981, Gillan at Leeds University. I've been a regular gig goer ever since. I haven't kept count of how many gigs I've been to over the intervening years, but it's a lot! My favourite bands are AC/DC then, in no particular order, Anti-Nowhere League, Slaughter and the Dogs, Towers of London and Dirt Box Disco. I tend to like Glam/Punk and rude offensive lyrics, not sure what that says about me but as Animal would say 'So What!' The question was recently put to me - did I write for any online publications? My reply - No, but I'd like to! Planetmosh was suggested and I found myself offering to review Aces High Festival. Easy peasy I thought! Well not quite, if a jobs worth doing it's worth doing well! I had sixteen bands to research. I found I actually enjoyed that and it kept me too busy to be making lunatic comments on Facebook! ;) Then I felt a bit inadequately qualified. I mean, who am I to comment on others, when my musical expertise extends to being able to play a mean Greensleeves on the recorder and a passable Annie's song on the flute! Haven't picked up either instrument for years! What I do have, however, is over 30 years of experience as a gig goer, so I can comment on what I like and what I don't! It's only my opinion and, if I don't like a band it doesn't mean they are bad, just not to my own liking. I admire anyone who has the guts to get up on that stage and have a go!
@2296928222
Previous Pretty Boy Floyd – Public Enemies
Next Myles Kennedy announces debut solo UK headline dates