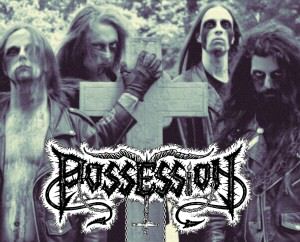 Belgium’s Possession have released a four-song EP, His Best Deceit, of extreme madness.

After an (1:34) eternity-long intro, the real music gets going.

The band channels a deep, ‘fizzy’ production and simplistic song structure in to four intense tunes.

Give them a few more years immersed in ‘the scene’, and they’ll have a greater command of their instruments.

The band will be a crushing songwriting force that will be glorious to witness.