Praying Mantis to Release New Album ‘Gravity’ in May

PRAYING MANTIS : ‘Gravity’ – new album out in May / title song released as a single today

Praying Mantis are pleased to announce their 11th studio album, ‘Gravity’. After the positive reception afforded to the band’s last studio release, ‘Legacy’ (2015), the new record sees the band return with another inspired, take-no-prisoners set.

The album also sees Mantis retain the same line-up, with John Cuijpers (vocals) and Hans in’t Zandt (drums) again contributing to the songwriting process. Alongside founder members Tino Troy, Chris Troy and Andy Burgess, they have not only helped in the writing of the songs, but also in providing a new dimension in terms of sound engineering and overall production.

One of the most influential and well known sleeve artists in the rock field, Rodney Matthews (Magnum, Diamond Head, Allen/Lande), has been commissioned to design the artwork for ‘Gravity’ in the same style and stunning quality that so many fans loved on Mantis albums such as ‘Time Tells No Lies’, ‘Predator In Disguise’ and the aforementioned ‘Legacy’.

Praying Mantis are a well established band of melodic hard rockers. They were formed by brothers Tino and Chris Troy in 1973 and, together with bands like Iron Maiden, Def Leppard and Saxon, they spearheaded the NWOBHM (New Wave Of British Heavy Metal) movement of the late ’70’s. While they did not attain the same dizzying heights of success as some of their contemporaries, they nonetheless became one of the most influential bands in the genre. The band has remained active over the years and still record and play live regularly.

Praying Mantis will perform at the annual Frontiers Rock Festival in Milan, Italy on 28th April. 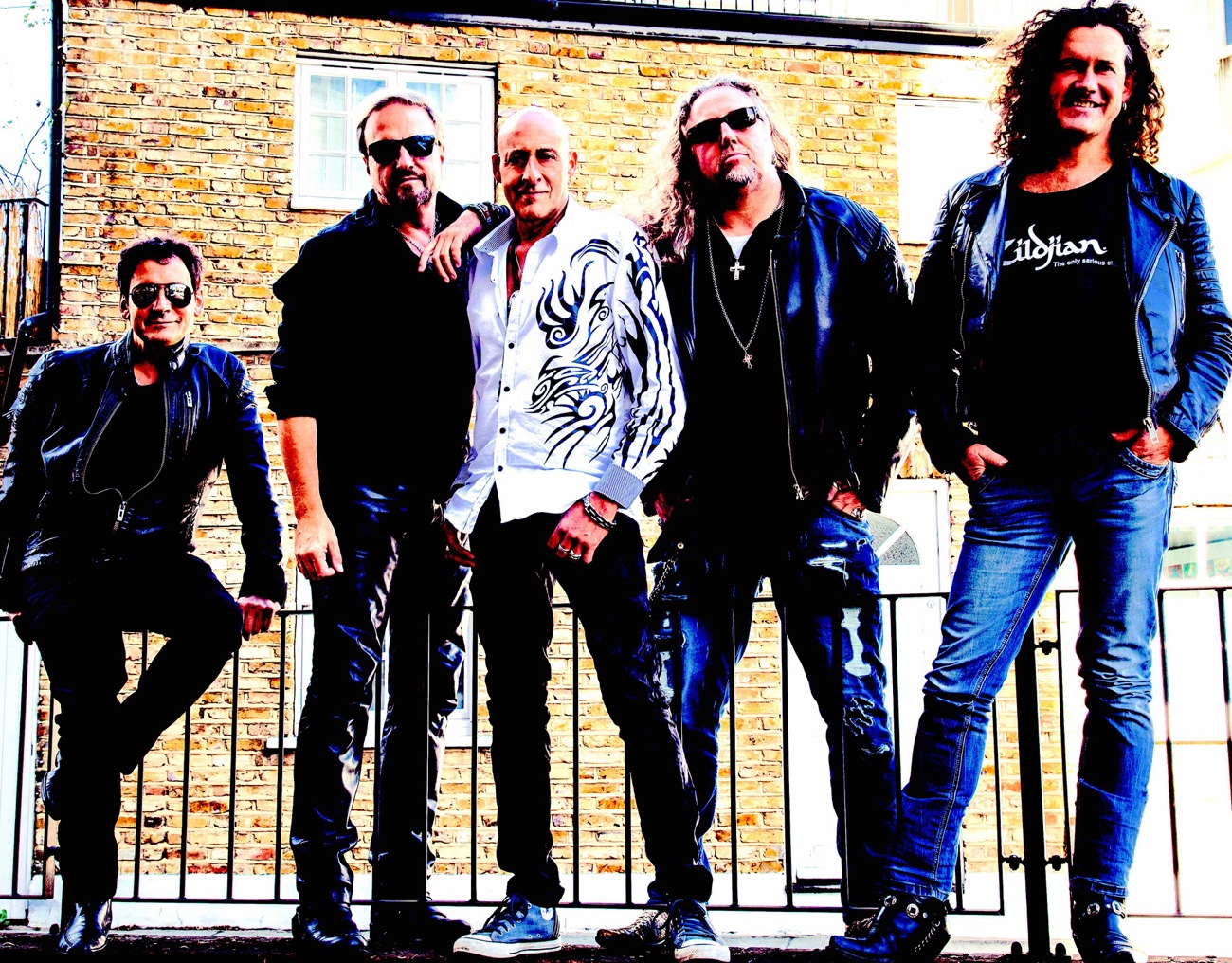 I first went to a gig in 1981, Gillan at Leeds University. I've been a regular gig goer ever since. I haven't kept count of how many gigs I've been to over the intervening years, but it's a lot! My favourite bands are AC/DC then, in no particular order, Anti-Nowhere League, Slaughter and the Dogs, Towers of London and Dirt Box Disco. I tend to like Glam/Punk and rude offensive lyrics, not sure what that says about me but as Animal would say 'So What!' The question was recently put to me - did I write for any online publications? My reply - No, but I'd like to! Planetmosh was suggested and I found myself offering to review Aces High Festival. Easy peasy I thought! Well not quite, if a jobs worth doing it's worth doing well! I had sixteen bands to research. I found I actually enjoyed that and it kept me too busy to be making lunatic comments on Facebook! ;) Then I felt a bit inadequately qualified. I mean, who am I to comment on others, when my musical expertise extends to being able to play a mean Greensleeves on the recorder and a passable Annie's song on the flute! Haven't picked up either instrument for years! What I do have, however, is over 30 years of experience as a gig goer, so I can comment on what I like and what I don't! It's only my opinion and, if I don't like a band it doesn't mean they are bad, just not to my own liking. I admire anyone who has the guts to get up on that stage and have a go!
@2296928222
Previous THE TEMPERANCE MOVEMENT Release First Official Video from “A Deeper Cut”
Next Rivers of Nihil Premieres Title Track of New Album ‘Where Owls Know My Name’