The forthcoming new solo album by Robin McAuley, ‘Standing On The Edge’, sees the respected Irish rock singer make a strong musical statement during a period that has been more creative than ever for him. Following his re-emergence on the recordings side of the music industry with guest spots on Michael Schenker Fest albums and fronting the hard rock supergroup Black Swan, McAuley is feeling invigorated and creative, while also demonstrating that his voice is as powerful as ever. ‘Standing On The Edge’ will be released on 7th May 2021.

“It was hard not to draw reference to the dreaded pandemic we all still find ourselves in,” states McAuley, “so I just spat out what I was feeling. ‘Standing On The Edge’ seemed an appropriate title to describe the current climate. In contrast to that, however, songs like ‘Run Away’ hearken back to my childhood years, racing across the fields next to our house trying to beat the rain home. I’m still running all these years later! Alessandro [Del Vecchio] sent me this beautiful music and the lyric and melody came together quite quickly. It’s very simple and childlike and I really like how the song turned out. On the other hand, ‘Wanna Take A Ride’ was just me desperate to get out of the house during lockdown and head to the beach. Top-down, throttle wide open, and a stiff middle finger to Covid. I crank this SO LOUD in my car. Makes me smile!: )”

Robin McAuley is acknowledged as one of the best singers from a golden period in hard rock music. His voice can be heard on albums by Grand Prix and Far Corporation, as well as the chart-topping MSG records ‘Perfect Timing’, ‘Save Yourself’ and ‘MSG’. It was via these that he was introduced to hard rock fans at large, who couldn’t fail to recognise the inherent talent and skill in his vocal abilities. After departing MSG he released a 1999 solo record, then joined AOR legends Survivor, but then re-grouped with Schenker in Michael Schenker Fest for their recent ‘Resurrection’ and ‘Revelation’ records. And, of course, in what was a revelation to hard rock fans worldwide, 2020 saw him participate in the supergroup Black Swan, for which he joined forces with Reb Beach (Whitesnake, Winger), Jeff Pilson (Foreigner, ex-Dokken) and Matt Starr (Ace Frehley, Mr Big).

McAuley spent the latter half of 2020 working on this new solo record, which encompasses variations of Hard and Melodic Rock that are all superbly performed. With production (and co-writing) by Alessandro Del Vecchio, McAuley has come up with a gem of an album that also includes songwriting collaborations with his former Grand Prix bandmate Phil Lanzon (Uriah Heep keyboardist) on ‘Like a Ghost’, Howard Leese (Bad Company, ex-Heart) on ‘Supposed To Do Now’, and Tommy Denander on ‘Do You Remember’ and ‘Chosen Few’.

‘Standing On The Edge’ is an album that is sure to delight and thrill all fans of melodic hard rock. Concluding, McAuley adds that “perhaps this record is not everything I ever wanted to say or record in a solo effort, but it’s how I felt at the time. I’m far from being done. Hope you like what you hear.”

includes the single
STANDING ON THE EDGE
video 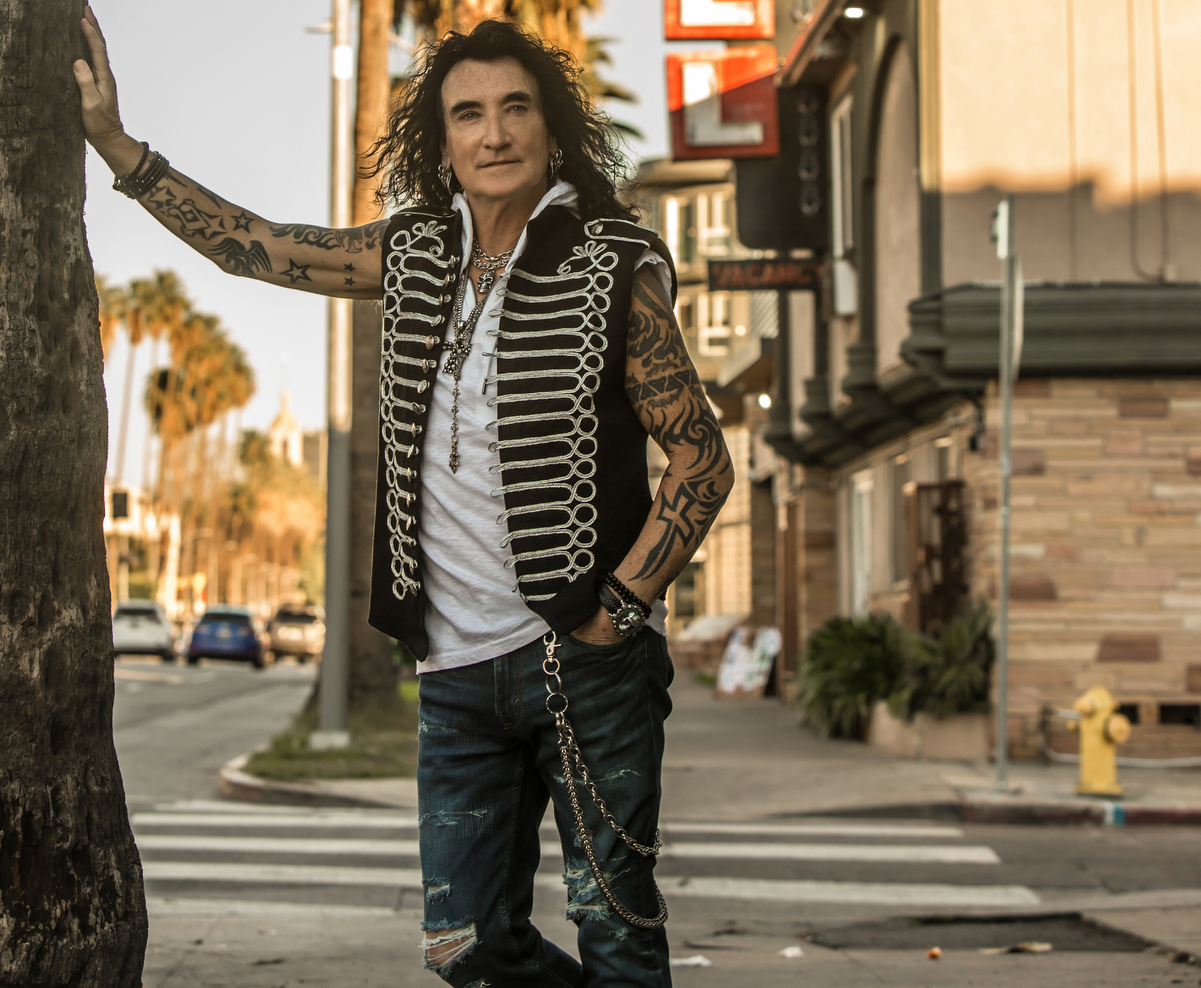