Fronted by the multi-faceted voice of singer Adrienne Cowan, acclaimed US metal quartet Seven Spires return with their third and most ambitious album to date, ‘Gods Of Debauchery’, which is set for release on 10th September via Frontiers Music Srl.

Seven Spires specialise in melancholic tales and tenebrous grandeur. Part apocalyptic yet melodic and anthemic death/black metal exponents, and part Romantic Classical poets, they are storytellers who draw from across the metal spectrum and beyond to weave tragedies of demons, death, love and the peculiarities of the human condition.

Continuing the ‘hero’s journey’ concept of their two previous albums, ‘Solveig’ (2017) and ‘Emerald Seas’ (2020), the band state that new single ‘Gods Of Debauchery’ became the title track “because it was the perfect exposition for the story and the mindset of our hero: a loathing-laced mockery of who he was in the events of our other albums. He had got everything he ever wanted, but at the cost of his humanity, and there was no way back, no second chance, no way to redeem himself.”

As an album, ‘Gods Of Debauchery’ offers a stylistic feast, even within the broad church of metal. Encompassing symphonic, progressive, black and death elements, as well as emotional ballads, it is an exquisite sonic and lyrical journey for all listeners, presenting a band deserving of a place at the forefront of the genre.

The band explain that the album contains influences from “video games, films and TV soundtracks such as Skyrim, Lord of the Rings, Star Wars, Lucifer, Pirates of the Caribbean, Marvel films and many more, as well as our love of classic Kamelot, Dimmu Borgir, Fleshgod Apocalypse and late Romantic classical music. The most important part of making art is staying true to yourself, and we have unapologetically done exactly that, which meant exploring every corner of what we love about music and constantly pushing the technical limits of our own musicianship.”

As with both of their previous albums, ‘Gods Of Debauchery’ has seen the band team up with Sascha Paeth (Avantasia, Kamelot, Epica) for its mixing and mastering. Adrienne Cowan was previously handpicked by Paeth to front his band Sascha Paeth’s Masters of Ceremony and was also chosen as one of the touring vocalists for the hugely popular Avantasia project.

Following the release of ‘Emerald Seas’ via Frontiers in early 2020, Seven Spires had multiple high profile support slots lined up to promote it, all of which had to be cancelled when the coronavirus pandemic struck. The band took the opportunity to commence work on a follow-up album, which became the mammoth 70+ minute masterpiece that is ‘Gods Of Debauchery’. Epic in scope and reach, it is an album that displays a remarkable progression well beyond their years.

GODS OF DEBAUCHERY
TRACKLISTING
1  Wanderer’s Prayer
2  Gods Of Debauchery
3  The Cursed Muse
4  Ghost Of Yesterday
5  Lightbringer
6  Echoes Of Eternity
7  Shadow On An Endless Sea
8  Dare To Live
9  In Sickness, In Health
10  This God Is Dead
11  Oceans Of Time
12  The Unforgotten Name
13  Gods Amongst Men
14 Dreamchaser
15  Through Lifetimes
16  Fall With Me 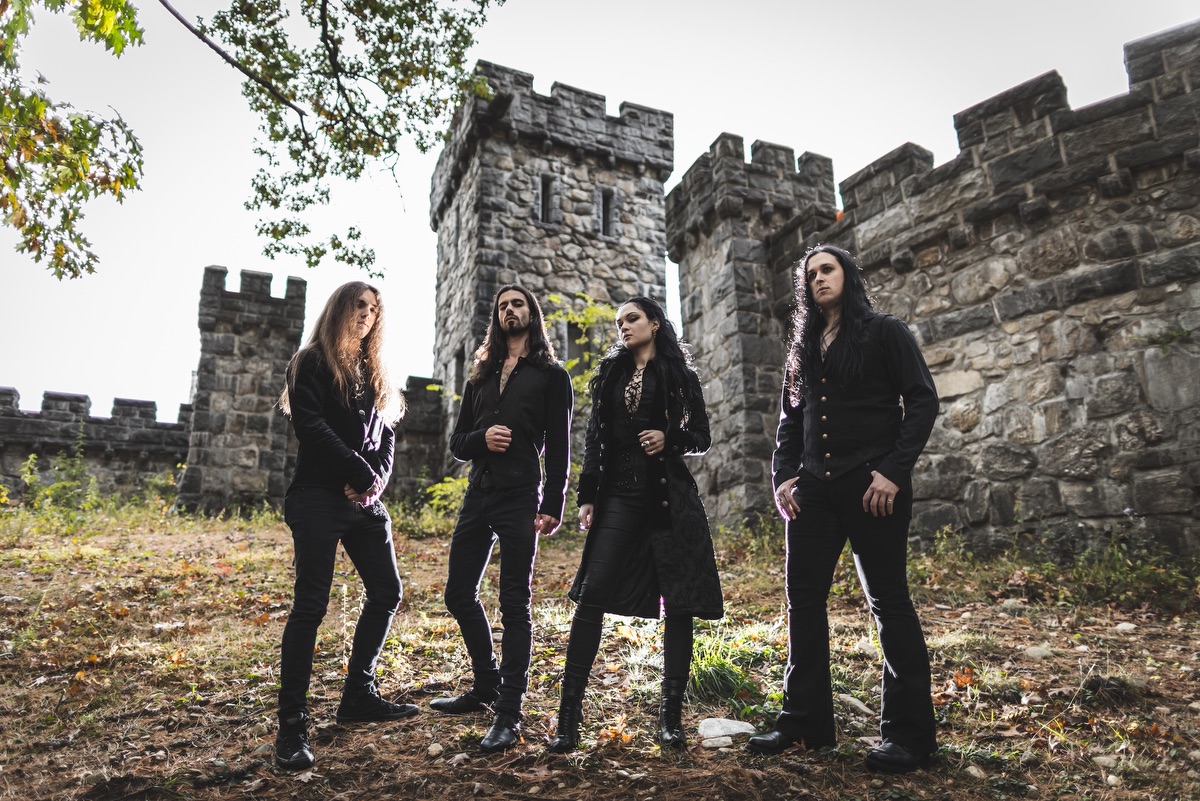