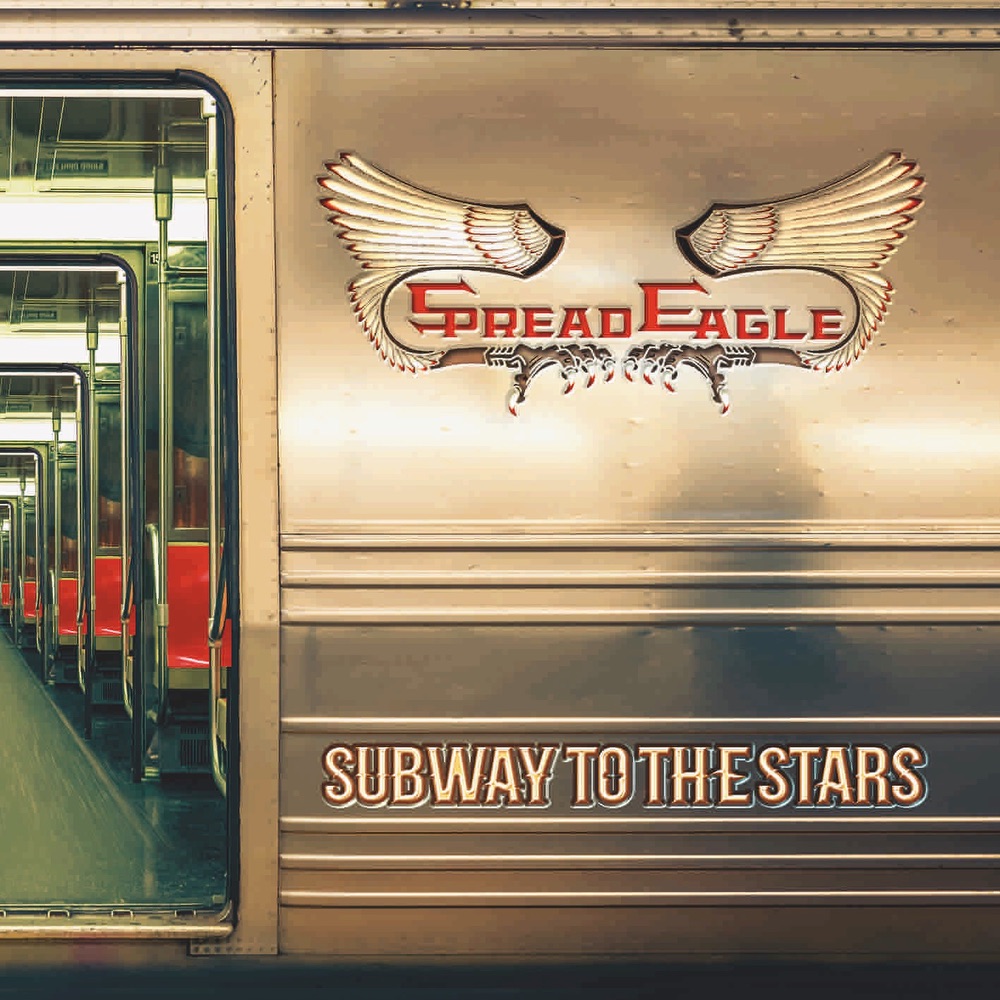 “Our primary intention was to go back to the egg. Not to the debut album, but even before then. When we were unsigned, rehearsing in the East Village in NYC and just putting our first songs together. We worked every day and night on our dream. We were a gang and no-one could tell us we couldn’t accomplish something. That’s when we were at our rawest and nastiest and the intensity was completely

off the meter. Of course, you can never truly go back in time, as everyone learns and evolves; however, I wanted to remember that feeling of writing razor riffs in those basement spaces in 1989, then add it to current experiences.” So says Spread Eagle founder and bassist Rob De Luca on what fans can expect from his band’s long-awaited new album, their first for 26 years.

Of the record’s first single, ‘Sound of Speed’, he continues: “We wanted something that had a strong sense of propulsion. After that verse riff popped out, the chorus and other sections flowed effortlessly. From very early on in the writing process, I felt this should be the song to reintroduce Spread Eagle. I was happy that Frontiers had that exact same vision for it. It invokes the spirit of our inception with some additional skills that we’ve learned.” 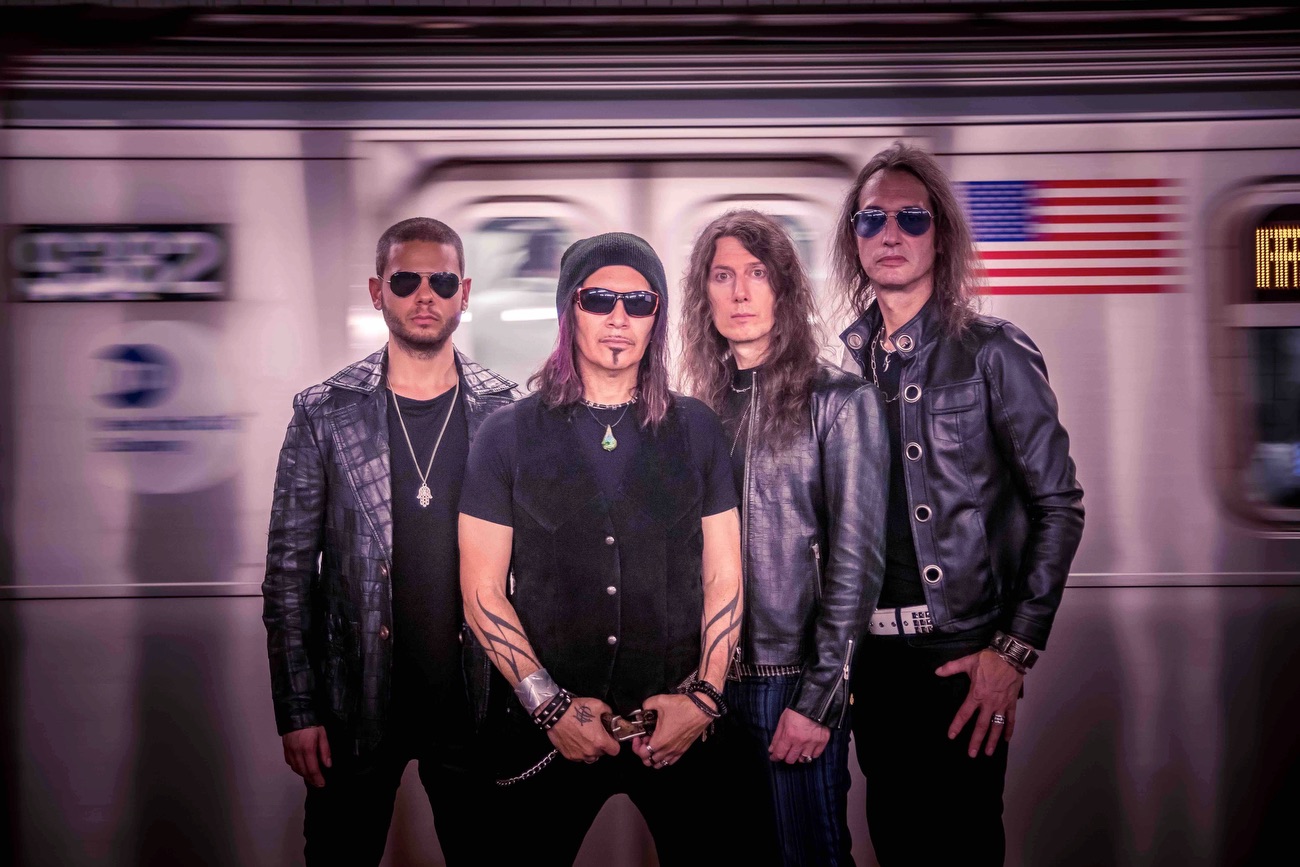 Spread Eagle burst upon the hard rock scene of the late 80’s/early 90’s playing a brand of rock that hailed straight from the mean streets of New York City. When Paul DiBartolo (guitar), Rob De Luca (bass) and Tommi Gallo (drums) moved to NY and met up with Ray West (vocals), East Coast Street metal was born. The group was quickly snatched up and signed to MCA/Universal Records, then sent straight into the legendary Record Plant studios to record an album. Their self-titled debut was produced by Charlie Gambetta and featured a gritty and dangerous sound with wailing vocals and razor sharp guitar, as heard on songs such as ‘Switchblade Serenade’, ‘Scratch Like A Cat’ and ‘Broken City’. Four years later, after the release and touring of their second album, ‘Open To The Public’ (also produced by Gambetta), the band took an extended break and went about their own personal projects.

Spread Eagle reformed in 2006 under the direction of Ray West and Rob De Luca (who has also worked with UFO and Sebastian Bach), plus new members in Ziv Shalev (guitar) and Rik De Luca (drums). The band has been together ever since but did not start making a new album until their recent signing to Frontiers, following which songs for ‘Subway To The Stars’ were put together in the Music Building in NYC, the exact same place where the songs for their debut were rehearsed and written. The recording then took place at Studio E in Brooklyn, NY with Grammy Award winning engineer Tom Camuso.

‘Subway To The Stars’ does not disappoint and picks up right where Spread Eagle originally left off all those years ago. The band is a welcome addition to the Frontiers family, where they have become yet another vital band from the 80’s/90’s rock scene to release amazing new music in the 21st century!

SUBWAY TO THE STARS 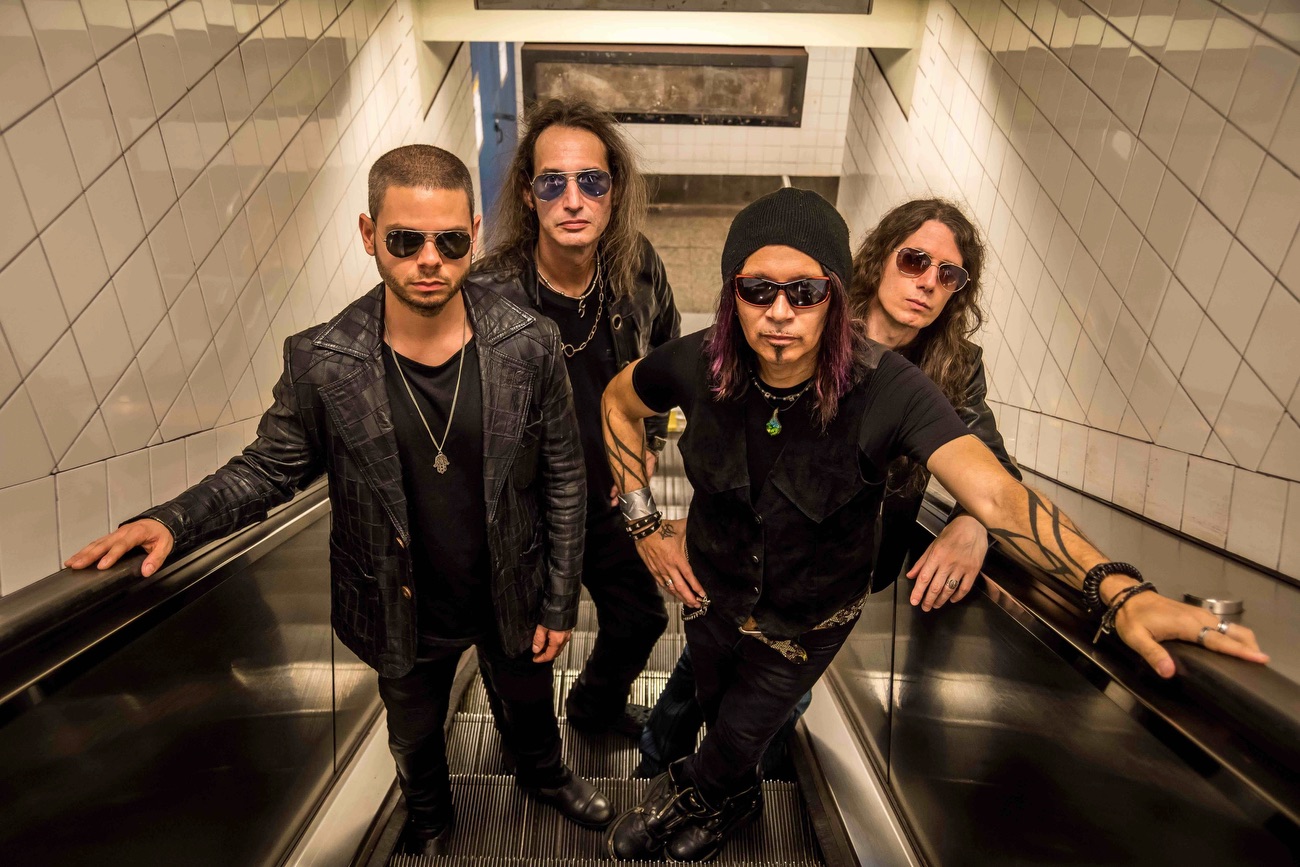 I first went to a gig in 1981, Gillan at Leeds University. I've been a regular gig goer ever since. I haven't kept count of how many gigs I've been to over the intervening years, but it's a lot! My favourite bands are AC/DC then, in no particular order, Anti-Nowhere League, Slaughter and the Dogs, Towers of London and Dirt Box Disco. I tend to like Glam/Punk and rude offensive lyrics, not sure what that says about me but as Animal would say 'So What!' The question was recently put to me - did I write for any online publications? My reply - No, but I'd like to! Planetmosh was suggested and I found myself offering to review Aces High Festival. Easy peasy I thought! Well not quite, if a jobs worth doing it's worth doing well! I had sixteen bands to research. I found I actually enjoyed that and it kept me too busy to be making lunatic comments on Facebook! ;) Then I felt a bit inadequately qualified. I mean, who am I to comment on others, when my musical expertise extends to being able to play a mean Greensleeves on the recorder and a passable Annie's song on the flute! Haven't picked up either instrument for years! What I do have, however, is over 30 years of experience as a gig goer, so I can comment on what I like and what I don't! It's only my opinion and, if I don't like a band it doesn't mean they are bad, just not to my own liking. I admire anyone who has the guts to get up on that stage and have a go!
@2296928222
Previous CARNAL TOMB – New Album ‘Abhorrent Veneration’ Details revealed
Next Takeaway Thieves – This Is Rocknroll EP