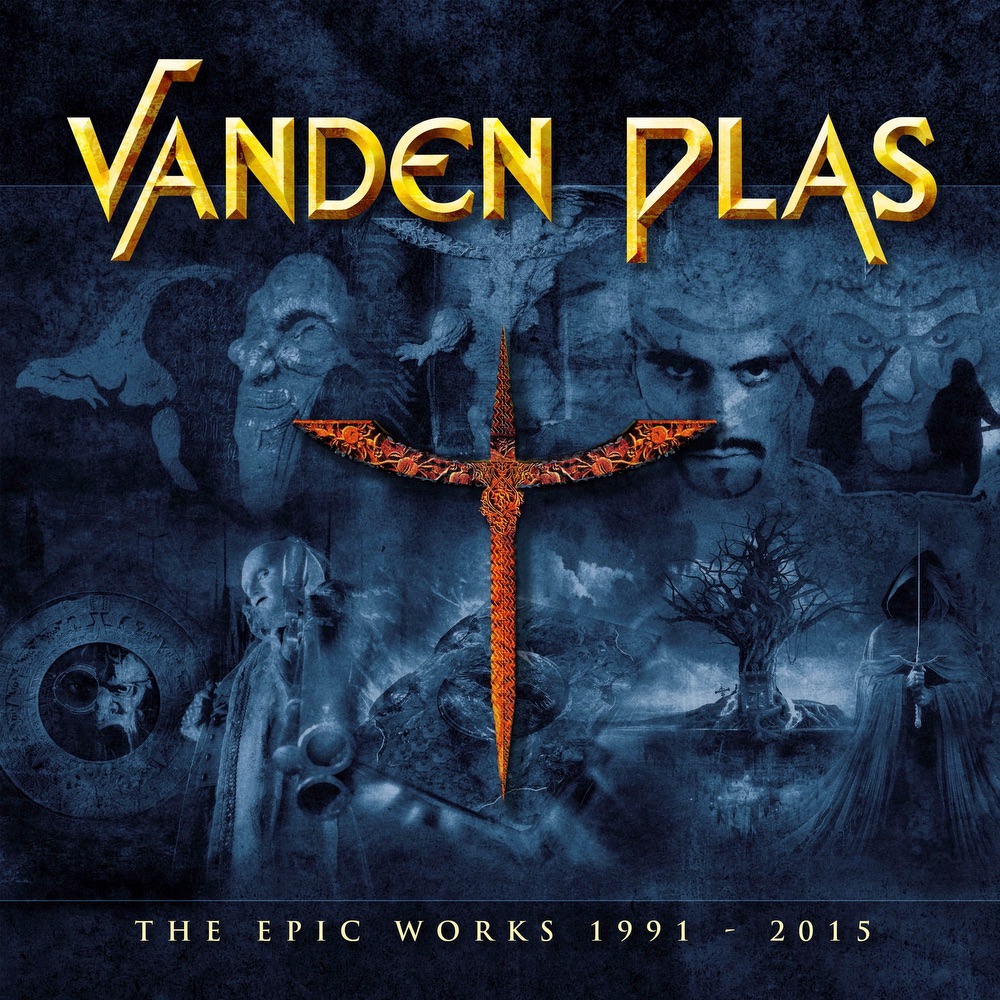 Frontiers Music Srl is excited to announce the release of ‘The Epic Works 1991-2015’, a stunning box set collection from Vanden Plas, the German masters of progressive metal. It contains eight studio albums, an EP, a live recording and a bonus disc entitled ‘Bonus Treasures’ that consists of unreleased, bonus, rare and demo tracks. The full list of titles included is: 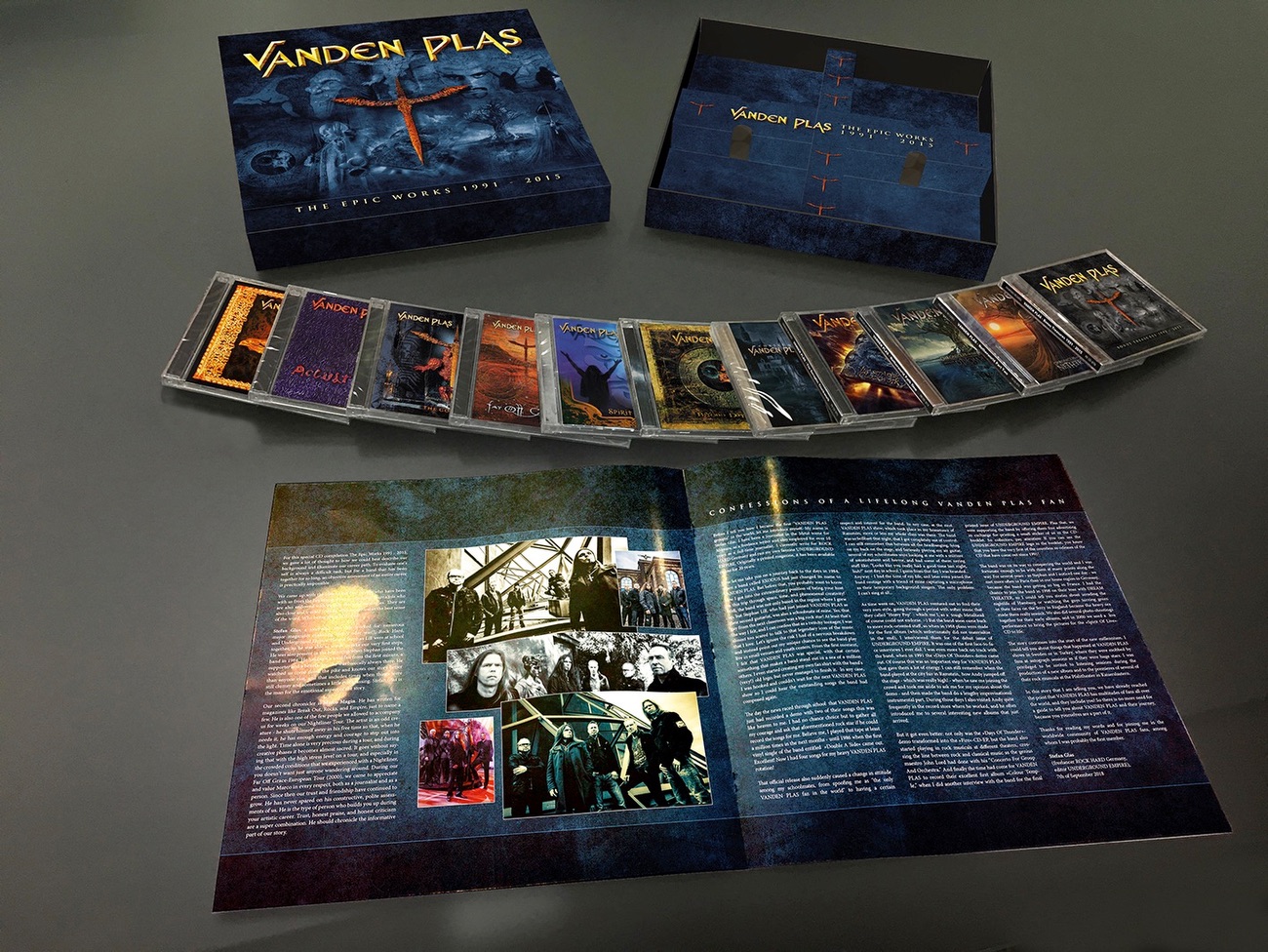 Frontiers will also make a selection of releases available on vinyl for the first time on 2xLP gatefold 180g coloured vinyl, including ‘Colour Temple’, ‘The God Thing’, ‘Far Off Grace’, ‘Beyond Daylight’ and ‘Christ 0’. Collectors beware – these will be manufactured in very short runs and then discontinued.

“We are very proud of this box set, which contains the demos, singles and studio albums we released during this period,” says guitarist Stephan Lill. “Lots of time was spent gathering these releases, covering almost 25 years, into a very nice package with a detailed band history, lots of pictures with our fans and us together, and much more. For us, and I think for our fans too, it is very exciting to follow our musical development from the melodic power rock style we played at the beginning of our career to the progressive metal we are known for today. Eight studio albums, a live release, an acoustic release, plus a collection of all the bonus tracks we did during this period are on display here. The bonus track collection showcases the other side of Vanden Plas: acoustic versions of songs of our own, covers of influences like Dokken or Kansas and special treats like a cut from our rock opera ‘Ludus Danielis’ or the song we wrote for our favourite soccer club 1. FC Kaiserslautern. It almost seems a bit unreal when you see all these releases together, considering the fact that at the same time all the band members were engaged in theatre productions such as ‘The Rocky Horror Show’ or ‘Jesus Christ Superstar’, and that we also wrote five rock operas which were performed in several German theatres. I hope our fans will enjoy this musical journey as much as we did and still do.“

For over two decades, Vanden Plas have been flag bearers for intelligent, intense, progressive metal. From their debut album, ‘Colour Temple’, right up to the recent saga, ‘Chronicles Of The Immortals’, (which saw them collaborate with bestselling author Wolfgang Hohlbein), the band have consistently wowed the progressive metal world with their amazing music.

This set is an unmissable occasion to get to know in-depth the abilities and art of one of progressive metal’s greatest bands.

I first went to a gig in 1981, Gillan at Leeds University. I've been a regular gig goer ever since. I haven't kept count of how many gigs I've been to over the intervening years, but it's a lot! My favourite bands are AC/DC then, in no particular order, Anti-Nowhere League, Slaughter and the Dogs, Towers of London and Dirt Box Disco. I tend to like Glam/Punk and rude offensive lyrics, not sure what that says about me but as Animal would say 'So What!' The question was recently put to me - did I write for any online publications? My reply - No, but I'd like to! Planetmosh was suggested and I found myself offering to review Aces High Festival. Easy peasy I thought! Well not quite, if a jobs worth doing it's worth doing well! I had sixteen bands to research. I found I actually enjoyed that and it kept me too busy to be making lunatic comments on Facebook! ;) Then I felt a bit inadequately qualified. I mean, who am I to comment on others, when my musical expertise extends to being able to play a mean Greensleeves on the recorder and a passable Annie's song on the flute! Haven't picked up either instrument for years! What I do have, however, is over 30 years of experience as a gig goer, so I can comment on what I like and what I don't! It's only my opinion and, if I don't like a band it doesn't mean they are bad, just not to my own liking. I admire anyone who has the guts to get up on that stage and have a go!
@2296928222
Previous Black Star Riders – Announce New Album “Another State Of Grace”
Next The Great British Rhythm & Blues Festival 2019 announces more acts!!!